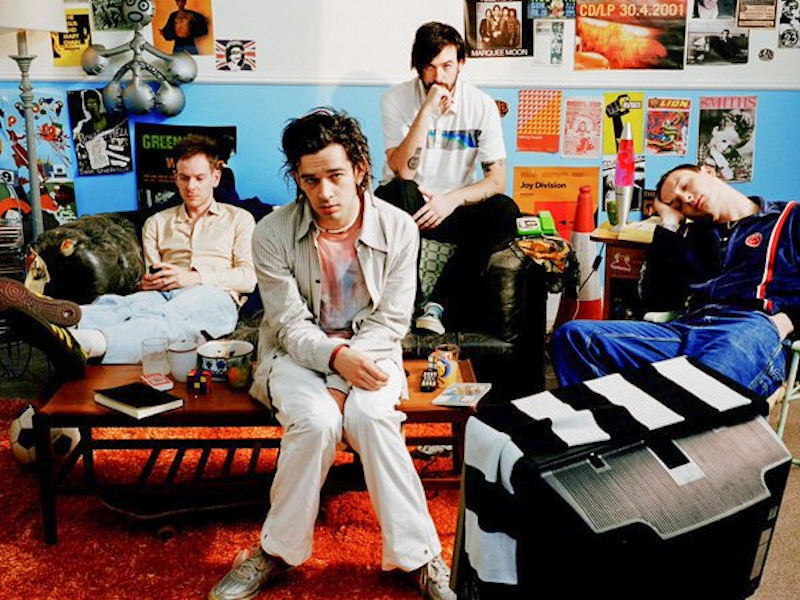 Climate change, generational resentment, mental health, and now…nappies—the British slang term for diapers. “Me & You Together Song,” the latest single from The 1975’s upcoming Notes on a Conditional Form, is the band’s warmest yet, borrowing cyclical guitar chords that sound as if they were pulled from ’90s pop-rock radio. Although Matty Healy and Co. took on far-reaching themes in previous singles from the album—“The 1975,” “People,” and “Frail State of Mind”—the band’s cryptic frontman gets personal on “Me & You Together Song.” Between the simple four-line chorus, Healy acknowledges the rumors about his sexuality that have continuously circulated since the band’s debut, thanks to his penchant for glittery eyeshadow and leather pants: “Oh, it’s okay, lots of people think I’m gay.”

Intrigue starts and stops with Healy’s arguably still ambiguous sexuality—the pitch for a picket fence future (hence the nappies) comes addressed to a female friend. The song lacks the jarring punk pastiche of “People” or slick techno simping of “Frail State of Mind.” And really, “Me & You Together Song” lacks the inspired restlessness that has cemented the band as a bona fide Gen-Z-Millennial-cusp whisperer. The youthful adrenaline of “Sex,” all too taboo upon its release in 2013, has never seemed further from reach, even while it lingered in the biting lyrics of 2018’s “Love It If We Made It.” A Brief Inquiry Into Online Relationships is undoubtedly a tough act to follow, but “Me & You Together Song” proves retreating from the sprawling album’s daring experimentation isn’t the way to do it.

Building up to the upcoming color theory, the follow up to Soccer Mommy’s dynamic debut album Still Clean, singer-songwriter Sophie Allison also resorts to nostalgia for the brighter days of the ʼ90s on “circle the drain.” Bubbling over with cynicism, 22-year-old Allison refurbishes the gentle weariness of Sheryl Crow’s “Soak Up the Sun” (2002, so not quite the ʼ90s) for 2020. Although Allison sings of depressing days spent “chained to her bed,” her soft voice embraces her audience, echoing the magnetic dissonance that elevated tracks like “Your Dog” and “Cool” to repeat status in 2018.

The “Hi, welcome to Chili’s” Vine encapsulated the once-popular app’s uncanny ability to promote nonsensical internet humor. Having blown up with creators’ incessant use of “Lalala” on TikTok, bbno$ seems to pay tribute to the app’s short-play platform predecessor on “Welcome to Chili’s.” While the track’s lyrics don’t sample the Vine, the rap song does sample elements of Mariachi band music. Perhaps attempting to imitate the “Old Town Road” formula, bbno$ and Yung Gravy could soon have a bout of viral videos on their hands.