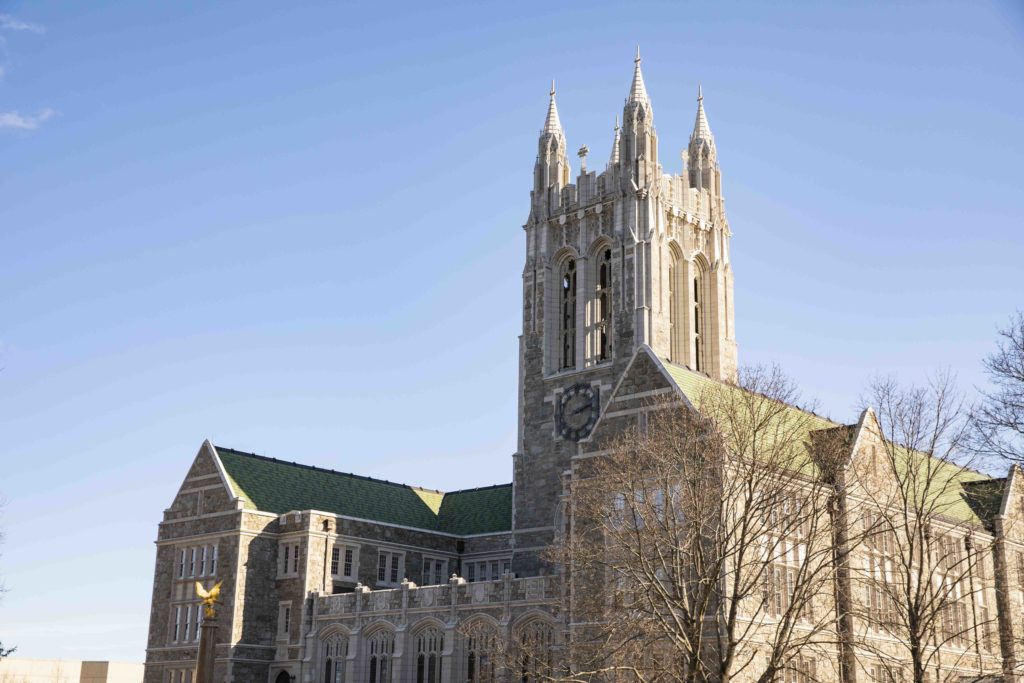 BC Accepts 24 Percent of Class of 2024 Applicants

When Ana Sardenberg found out she was accepted to Boston College, she didn’t have anyone to hug. Her dad is a respiratory specialist and her mom is a nurse, and both were at work treating patients with COVID-19. When they come home, they have to be socially isolated—no hugs or handshakes.

“I managed to give my parents a call, and I explained to them that I was accepted to Boston College,” Sardenberg said in a phone interview with The Heights. “They were really excited because my dad also lived in Boston for a very long time.”

Of the 29,400 students who applied this academic year, 24 percent were admitted—a 3-point drop from the 27 percent acceptance rate BC has held for the past two years. This was the first year that the University used Early Decision (ED) instead of Early Action, meaning that early applicants committed to attending BC if accepted. Regular Decision (RD) applicants, such as Sardenberg, were notified on Thursday of their status.

When Erica Fanning woke up from a nap on Thursday afternoon and saw the announcement from BC that she had been accepted, the first person she told was her dad.

“I ran upstairs and told him, because he went to BC,” said Fanning, who hopes to study communication. “And so did my dad’s dad.”

Fanning’s grandfather graduated in 1955, and her dad, Chris Fanning, graduated in 1984—Erica Fanning has come to football games with her dad and had an Eagle for a Day visit in the fall. While she hasn’t completely made up her mind, Fanning said she’s 99 percent sure she’ll attend BC.

In recent years, the Office of Undergraduate Admission has released statistics on the number of international students admitted, the number of states represented in the admitted class, and the average SAT and ACT scores following the release of RD admission decisions, but this year, the office said it is not releasing that information until the fall.

“In past years, our final class profile has closely mirrored our admitted student profile. Given the many environmental factors that will influence students’ enrollment decisions this year, it is unclear whether these statistics will align this year,” said Grant Gosselin, director of Undergraduate Admission, in an email to The Heights. “To avoid confusion between admitted and enrolled student statistics, we are opting not to provide a class profile until the Class of 2024 is complete.”

Sofia Bessette was at home with her younger sister when she received her acceptance email from BC.

“I ran downstairs immediately after I saw I got in, yelling for my dad,” Bessette, who plans on majoring in English, said in an email to The Heights. “He was so excited and kept saying, ‘I knew it.’”

Bessette said that BC became her dream school after she toured last year.

Isiaah Clark, a student from Omaha, Nebraska, hasn’t had the chance to visit campus yet. He was in the car with his mom and his girlfriend when the notification from BC popped up.

“I kind of screamed, I was kind of excited, like, ‘I got in!’” Clark said in a phone interview with The Heights.

Clark plans on making his decision by talking to people who know about the schools he’s been admitted to and by asking other applicants what attracted them to the school.

The Office of Undergraduate Admission suspended all on-campus visits until further notice due to the coronavirus outbreak, so many students will be making their decisions remotely, potentially without the chance to visit campuses before committing to a school. The office is planning virtual opportunities for students admitted to the Class of 2024 in an effort to provide some of the experiences it normally would with information sessions and admitted students days, according to Gosselin.

Even without the chance to visit in person, some admitted seniors said they aren’t too worried about making their choice.

“I’m trying to not stress too much about college decisions, because one thing I’ve heard from students across all colleges is that you make the college experience,” Sardenberg said.

“So I’m pretty comfortable that no matter where I end up, I’m pretty sure that I’m going to be able to make my own college experience, very uniquely.” 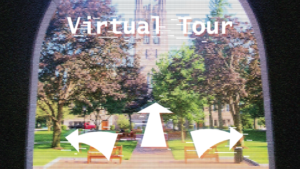