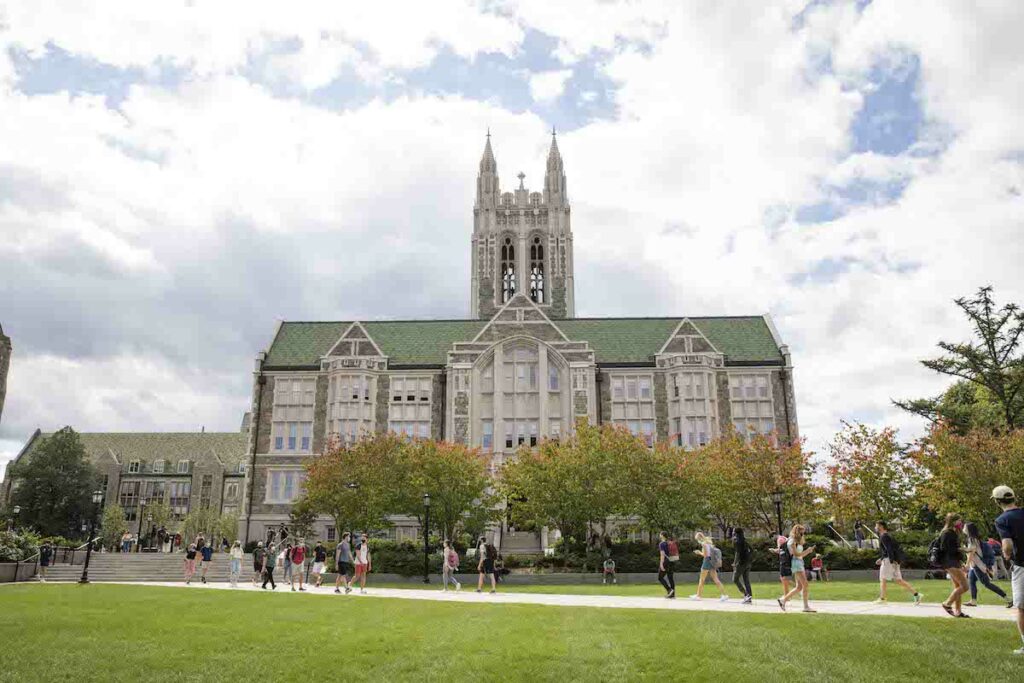 The Heights initially reported about the discrepancy in testing numbers on Monday. Senior Associate Director of University Communications Ed Hayward could not immediately be reached for comment on the reason for the error.

The Heights has sent Hayward two inquiries asking to explain this discrepancy. Hayward only responded to other questions sent in the first inquiry and has not responded to the second inquiry.

Last week, BC began updating the dashboard only three times a week—on Tuesday, Thursday, and Saturday—while it had previously updated the page more frequently.

The dashboard reported Tuesday that five undergraduates tested positive out of 811 tested Monday, a positivity rate of .62 percent.

Eighty undergraduates are in isolation as of Tuesday. Forty-three of those students are at home, and 37 are in University isolation housing at Hotel Boston, rooms at Pine Manor College, and other locations in Dover and Cohasset, according to the Pine Manor reopening website.

In total, 113 undergraduates have tested positive since BC began testing. BC’s has conducted 16,084 total undergraduate tests, the dashboard said Tuesday.

After the number of cases at BC more than doubled last week, Directory of University Health Services Douglas Comeau said in an email Monday that the increase does not represent an outbreak.

“While any increase in positive cases is cause for concern, we believe that last week’s rise is attributable to a few specific social gatherings where masks were not worn and physical distancing was not maintained,” Comeau said in the email. “Our aggressive contact tracing protocols identified individuals who were affected, and enabled us to quickly isolate them.”

The Heights reported on Monday that students continued gathering in large groups over the weekend after Vice President for Student Affairs Joy Moore sent an email to the student body reminding it to follow social-distancing protocols. Many students in these groups were not social distancing or wearing masks.

Associate Vice President of Communications Jack Dunn told The Boston Globe on Monday that it was “‘a quiet weekend with no incidents” as a result of student concerns about the week’s increase in COVID-19 cases.

“‘Students are following the rules, with the exception of a few gatherings earlier in the semester in which students did not wear masks or practice physical distancing,” Dunn wrote in an email to the Globe.

Massachusetts authorities will now be taking the lead on contact tracing for the University in order to contain the spread of the coronavirus. Gov. Charlie Baker said at a press conference Tuesday that the state could handle contact tracing across the multiple jurisdictions of Newton, Brighton, and Brookline more effectively than BC’s contact tracing program.

BC increased testing from its initial plan of 1,500 tests a week to 2,954 tests a week last week, according to Comeau’s email. Hayward told The Heights in an email that BC anticipates conducting approximately 4,000 tests this week.

Boston City Councilor Liz Breadon has written a second letter expressing her concern with Boston College’s response to COVID-19, calling the University’s testing plan “insufficient” compared to other schools in the area. She also expressed disappointment that BC did not send a representative to a Boston City Council meeting on the reopening of colleges in July.

Newton Mayor Ruthanne Fuller said last week that she is “gravely concerned” with the rise in cases at BC and asked BC to de-densify campus and increase testing.

“We’re disappointed, quite honestly, that the mayor has attempted to politicize the issue,” Dunn told WBUR on Monday. “We don’t have good relationships with Mayor Fuller.”

When WBUR host Tiziana Dearing pushed back on Dunn’s assertion that Fuller was politicizing the COVID-19 cases, Dunn noted that Boston Mayor Marty Walsh has not expressed concern about BU, which has had 93 cumulative cases as compared to BC’s 104.

“Our focus is on Boston College and what works very well for us, and we think we have an excellent plan in place,” Dunn said. “A plan that prioritizes targeting surveillance testing of individuals identified through contact tracing and on the areas on and off campus where positive cases have occurred. It’s a good strategy for us.”

Dunn said that focusing on targeting high-contact areas and using contact tracing to identify the roommates and friends of students who have tested positive will cause spikes in case numbers.

“We had a spike in our caseload last week, but it has decreased every day since,” Dunn said. “We think we have it well under control, and we’re convinced we can have a successful semester.”

Dearing questioned Dunn about why BC doesn’t test all students every few days like other universities.

“Well we believe we are doing massive testing,” Dunn said.

boston college COVID-19 covid-19 testing
Commonwealth to Take the Lead on BC Contact Tracing, Baker Says
BC Depth Chart: What the Offense and Special Teams Look Like Against Duke