Home » Commonwealth to Take the Lead on BC Contact Tracing, Baker Says 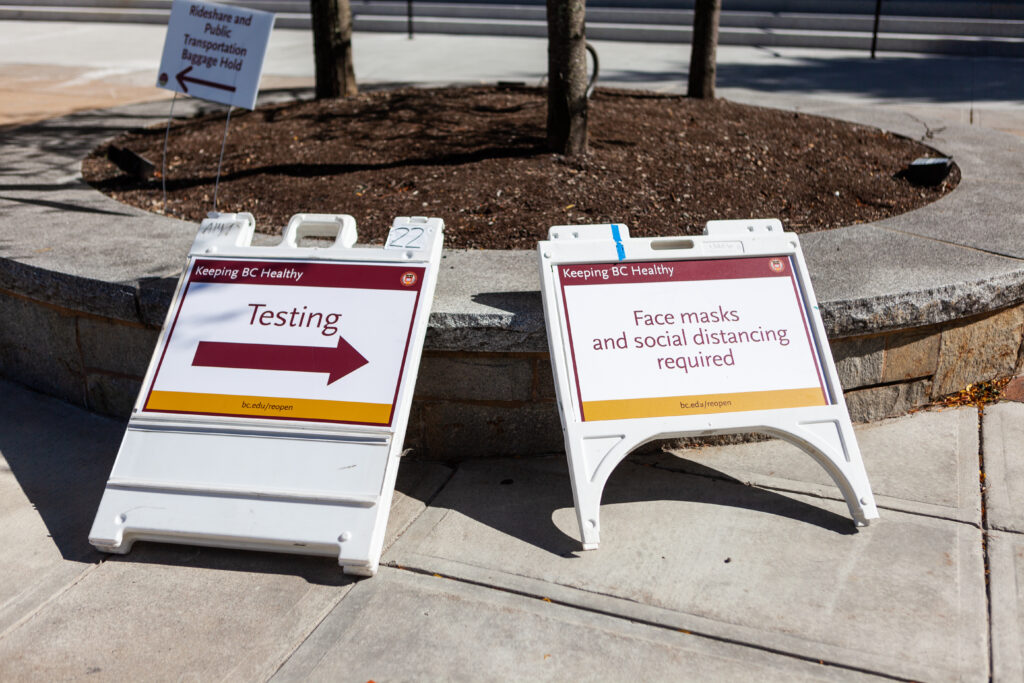 Commonwealth to Take the Lead on BC Contact Tracing, Baker Says

Massachusetts authorities will take the lead on contact tracing at Boston College in an attempt to stop the spread of the disease after the number of COVID-19 cases increased at the University last week.

BC is surrounded by three cities and towns—Newton, Brookline, and Brighton—and Gov. Charlie Baker said at a press conference Tuesday that the state could handle contact tracing across the multiple jurisdictions more effectively than BC’s contact tracing program.

The state will use a group of contact tracers it has previously employed to help cities and towns track and isolate the coronavirus.

“There’s a certain amount of vigilance and repetition that is required to make our efforts to deal with COVID-19 ultimately successful,” Baker said. “And while they may seem annoying at times and pedantic, they’re effective. … I think one of the things that each of these outbreaks tells us is that there are reasons why these protocols are in place, because when they’re not in place, stuff happens.”

Baker said at the press conference that his administration is currently reviewing the testing and contact tracing protocols at the more than 100 colleges and universities in Massachusetts, and that he plans to generally re-engage with colleges in their efforts to contain the coronavirus.

The University reported 5 new cases out of 811 undergraduates tested this week, a positivity rate of .62 percent.

“Our focus is on Boston College and what works very well for us, and we think we have an excellent plan in place,” Dunn said. “A plan that prioritizes targeting surveillance testing of individuals identified through contact tracing and on the areas on and off campus where positive cases have occurred. It’s a good strategy for us.”

Senior Associate Director of University Communications Ed Hayward did not respond to request for comment by press time.