Home » A Beloved Tradition Changes With the Times 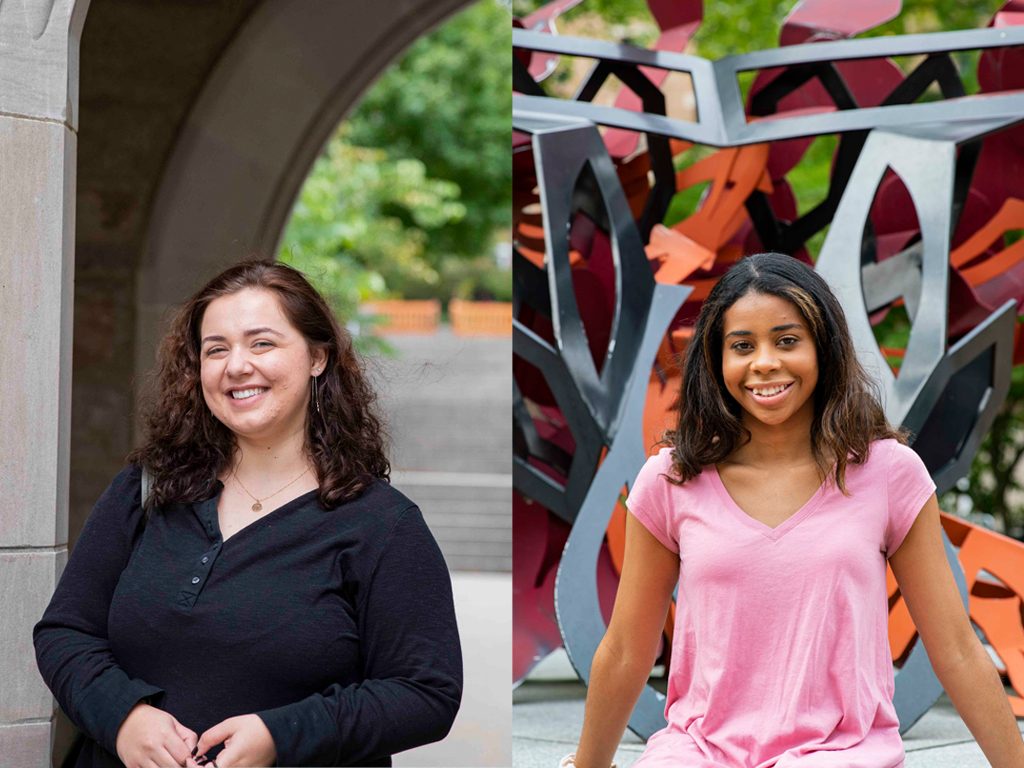 A Beloved Tradition Changes With the Times

Boston College’s 28-year-old Parents’ Weekend fundraiser will, for the first time, be held virtually as Pops Off the Heights on Sept. 25 at 7 p.m. Since its inception, the event has raised over $80 million for student scholarships, according to the Alumni Association. This year, the event will feature Grammy, Emmy, and Tony Award-nominee Josh Groban; the Boston Pops Orchestra and its conductor, Keith Lockhart;  and two BC student soloists, Tiffany Brooks, MCAS ’21, and Olivia Constantino, MCAS ’21. Assistant Arts Editor Nathan Rhind sat down with Tiff and Olive to discuss Pops Off the Heights, their experience at BC, and most importantly, which BC dining hall reigns supreme.

Tiff is on the Board of the Musical Theatre Wing and sits on the Theatre Council of Majors and Minors. Among other productions, she has acted in Pippin, The Addams Family, 9 to 5, and Chicago. As a sophomore, she served as the music, arts, and performance senator to UGBC, paving the way for her election as vice president her junior year. Currently, Tiff is working with administration on the Forum on Racial Justice in America which aims to “provide a meeting place for listening, dialogue, and greater understanding about race and racism in our country, especially ideas for dealing with current challenges and planning for a better future,” per a letter from University President Rev. William P. Leahy, S.J.

What were some of the ways you developed your vocal talent and improved as a performer while growing up?

[I didn’t have] much technical training … but I just did a whole bunch of other musicals. There was Willy Wonka which was cool [and] Cinderella. And then in high school, my director was actually super cool… She would take songs from different musicals and combine them each year into what we call cabaret, and each year there would be a theme. So I got to sing from Sister Act, I got to sing from Joseph and the [Amazing] Technicolor Dreamcoat, which is really, really cool because I got exposed to a lot of different types of music.

Do you have a favorite production you’ve been involved in at BC?

My favorite production probably would have been either Addams Family or 9 to 5. I think 9 to 5 was super special because I had two friends who I was very, very close with in it. And they were seniors that year and I was a sophomore, so it was my last show with them. It was just a super fun show. It was written by Dolly Parton, so I love Dolly, and that was fun. It was just a really, really good time and, of course, it talked about important issues like equality in the workplace for women. It was just an empowering show, for sure.

Is there one thing you would change about your time at BC if you could go back to freshman year?

I think I would challenge myself a little bit more. … Since my freshman year, I feel like I’ve become less complacent and definitely tried to push myself and tried to push stronger for more change on campus. That’s why I wanted to do UGBC and that’s why I’m working with administration now on the Forum on Racial Justice because I think, I know, BC can be better than what they are right now. And I really hope that we can continue to push BC to make the much-needed changes on this campus so that way they can truly support their students, and especially the marginalized students on campus.

Is there one thing you’re especially grateful for from your time at BC that you wouldn’t change?

Although being vice president was very hard and was not always the most enjoyable job, I don’t think I would change that. I think it was important for me because also the representation that we had that year [in UGBC] was incredible. We were the first all-Black team to win. Apparently I was the first Black vice president and just being able to do that I hope that others can feel that they can do it as well because that’s something I’ve always struggled with—trying to find myself in these people that are supposed to be my role models in social media and in the world in general. A lot of them don’t necessarily look like me, so hopefully I can be that to other people.

How has coronavirus affected your experience in the theatre program this year? What are you going to miss most about in-person performances?

I miss being with people. There is something so special about connecting with others, and I think a lot of that has to do with being able to see each other in person and be with each other in person. It’s also much easier to be vulnerable in person with other people. In order to do some shows, especially the more emotional ones, you have to be vulnerable, and doing that over Zoom can be really hard. … I definitely just miss the person-to-person interaction, for sure, and also feeding off an audience. The energy that the audience can bring to the show, especially if it’s a really good audience, is electric. It really pushes you. It gets the adrenaline going. So [I am] definitely missing that energy and the excitement it creates.

What made you want to be a soloist for Pops Off the Heights?

So I’ve been in chorale since freshman year, and every year, chorale will sing behind the Boston Pops Orchestra. So I was always there watching the student performers sing and watching the star, whoever came in. [I thought], “Oh how cool would that be if that could be me?”… I was like “Full send. It’s my last year. I’m going to do it. Experience is experience. Even if I don’t make it, at least I could go through an audition process and get that experience, which is always great.”

Olive is a double major in English and French with a minor in music. She was the music director of the Common Tones her sophomore year and is currently the music director of the group again as a senior. The Common Tones are Boston College’s only service a cappella group. She is also a member of the Chamber Choir of University Chorale and has traveled to Spain and Portugal with the group.

What was your first experience with singing?

I’ve always done choirs throughout middle school and high school, but I think the moment that I realized that I really enjoyed singing was late high school because I did a lot of musical theatre. So through my experience with musical theatre and then joining a cappella in college…I really discovered more of a passion for singing rather than just seeing it as a hobby.

How did you foster your interest and talent in singing and musical theatre through elementary and middle school?

I didn’t really start doing much singing up until high school because I never did anything [involving singing] more than casually as a hobby. I did a lot of theatre and, through that, I had a lot of practice in terms of acting to music or acting to songs. What I really enjoyed about singing was the community, the friends that I made through my experiences, rather than actually performing itself.

Why did you decide to join The Common Tones of Boston College?

One of the main reasons why I joined The Common Tones of Boston College is because we’re BC’s only service a cappella group. I did a lot of community service throughout high school, I went to a Quaker school, and so I wanted to continue that throughout my experience in college. And The Common Tones of Boston College combines music and service in a way that was kind of a no-brainer for me to want to join the group.

How did coronavirus affect The Common Tones? How are you grappling with these challenging circumstances?

It was very difficult for all of us to be sent home. … There’s absolutely no singing because it’s one of the big super-spreader events. So we were not able to have a final cafe with any of our five seniors last year. That was very difficult. We wanted to make sure that we were able to celebrate each of them. We did those online videos where everyone recorded themselves singing at home and someone edited them and mixed them and put them together. This semester, we just held auditions and callbacks last night. We are welcoming three new members to the group. But we’re still grappling with how we’re going to rehearse and, if we’re performing, how that would look because we’re not allowed to even hold rehearsals indoors as of right now. So, we’re not sure what that’s going to look like. Our executive board right now is working very hard behind the scenes to try and ensure that we can, at the very least, have bonding events with the other members.

Are there any lessons you’ve learned from these challenging circumstances that you’ll use moving forward?

I think one thing we’ve really learned to value is the community because, even though we weren’t allowed to or really able to rehearse or see each other in person, we still had weekly girls’ night Zooms, and we had game nights. I think we leaned on each other a lot, and I think that just shows how close the bonds that we’ve made in this group are, and how a lot of these friendships that we’ve made in the group are lasting ones. And we’re not just in it for the music—we’re in it to create community. There’s a large alumni community too. The fact that we’ve created such a community is something that we didn’t realize up until we had to lean on each other in this way. Because once you take away the music from the group, there’s still a group.

What made you want to be a soloist for Pops Off the Heights?