“LUCY” is a song you won’t hear unless you go out of your way to find it, yet it’s a song that punches way above its weight class. With an infectious beat and catchy lyrics, you can’t help but groove along to it. With Infinite’s second album scheduled to be released early November, “LUCY” might give him some much-needed name recognition. So far, it’s been Infinite’s most popular song, receiving nearly 10 times more streams on Spotify than any of his other music releases. “LUCY” is certainly a good start for this artist, and if this song sets the standard for what’s to come, then fans should eagerly await for his future releases.

Joyner Lucas is known for his intricate lyrics and storytelling abilities in his songs. These skills certainly don’t fall short in his recent single “Snitch,” which has a beat to match. Lucas delivers in this new single, but it falls into the trap of talking about the same things every other rapper is talking about. “Snitch” was released mid-week as a tease for his new album released on Friday, Evolution.

While some people say they miss the old Kanye, his new song “Nah Nah Nah” doesn’t do him any favors to win back fans. “Nah Nah Nah” is a classic example of why the “new Kanye” doesn’t speak the same language as the “old Kanye.” Very few things in this song work, and listeners will spend most of their time listening to it just waiting for it to end—and for old Kanye to return. 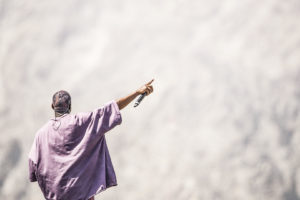