Bruce Springsteen released his highly anticipated album, Letter To You, this Friday. He reunited with the E Street Band for the first time since their The River tour in 2016. Springsteen’s 20th studio album is made up of 12 tracks and has a running time of almost an hour. The album was recorded in only five days and produced at Springsteen’s home studio in New Jersey, per Sam Sodomsky’s album review for Pitchfork.

This year’s freshman class was fortunate to have the opportunity to hear from the beloved singer at Boston College’s First Year Academic Convocation on Sept. 10. In the live webcast, Springsteen shared his perspectives on faith, music, education, relationships, democracy, and, of course, the thrill of rock and roll. He also shared some insights from his memoir, Born To Run, which was sent to incoming freshmen over the summer.

The Boss, as fans know him, tends to sing about hope for the future, often telling the stories of young lovers or working class Americans. The songs on this most recent album, however, take a deep look into his past.

Letter To You features the iconic, old-school feel Springsteen is best known for. Arguably the most personal account of his career, the album includes themes of hope, loss, self-discovery, and transformation. Sprinsteen said in his recent Apple TV+ documentary the album is also an ode to his loyal fans, who he has shared a “45-year conversation with.”

A true poet in the field of rock ’n’ roll, Springsteen uses this album to reflect how music has changed him over the years. At 71, he attempts to make sense of his past experiences and what they mean in the grand scheme of life.

Springsteen’s passionate narration is accompanied by layered guitars, music box piano, and glockenspiel, a percussion instrument similar to a xylophone. Judging from the instrumentation and production, he probably wanted to create a live, authentic sound free of overdubs to match the nature of the album. The artistic flair of the E Street Band is certainly highlighted throughout the album.

Nine of the songs were written recently by Springsteen and the E Street Band, but the album also includes newer versions of previously unreleased songs from the 1970s, such as “Janey Needs a Shooter,” “If I Was the Priest,” and “Song for Orphans.” This gives listeners a taste of Springsteen at different points in his musical career.

The album opens with a delightful duet between Springsteen and his acoustic guitar in “One Minute You’re Here.” A contemplative ballad, Springsteen sings, “I thought I knew who I was / And what I’d do but I was wrong.” Following this is the album’s title track, “Letter To You.” The album itself is Springsteen’s letter to the world, in which he speaks his truth through music. On the album, he includes all his “fears and doubts,” and all that he’s “found true.”

“Burnin’ Train” is an upbeat anthem with a classic Springsteen sound, and it’s followed by “Janey Needs A Shooter,” a powerful composition with a fervent coda.

“Last Man Standing” is a touching tribute to The Castiles, a band he founded with four of his high school mates. Following the death of his close friend and bandmate, George Theiss in 2018, Springsteen is the last surviving member.

“The Power of Prayer,” “Rainmaker,” and “If I Was The Priest” take on more spiritual accounts. “The Power of Prayer” is about turning toward faith for answers. Springsteen sings of a love that is eternal and a faith that is forever reaching, with a reference to Ben E. King, the lead singer of The Drifters, who sing the classic song “This Magic Moment.” Springsteen’s “Rainmaker” and “If I Was The Priest” both feature lyrics about encountering difficult times, depicting the challenges and complexities of life and the desire people have to believe in something greater than themselves.

“House Of A Thousand Guitars” is an ode to the immense power of music. Truth rings out from churches, jails, and small town bars, where the music never ends, in this Springsteen lyrical gem. “Ghosts” discusses confronting ghosts from your past, and “Song For Orphans” tackles the challenge of attempting to find your place in a complicated world.

Springsteen ends his intimate album with a moving song paired with a glorious piano accompaniment: “I’ll See You In My Dreams.” Springsteen sings about holding on to your dreams and embracing life even after death. Springsteen writes that we’ll all meet again because “death is not the end.” On this song, there’s a desire to return to the glory days of the past, but also a yearning to journey into the uncertainty that is the future.

Springsteen already sang about being born in the USA and born to run. But this album proves that he was also born to be a songwriter. His songs, full of experience and wisdom, only get richer as time goes on. The album will surely resonate with a fan base that has reached a similar point in their lives as Springsteen, but it has the potential to inspire younger audiences as well. 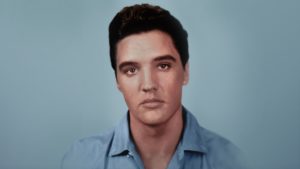