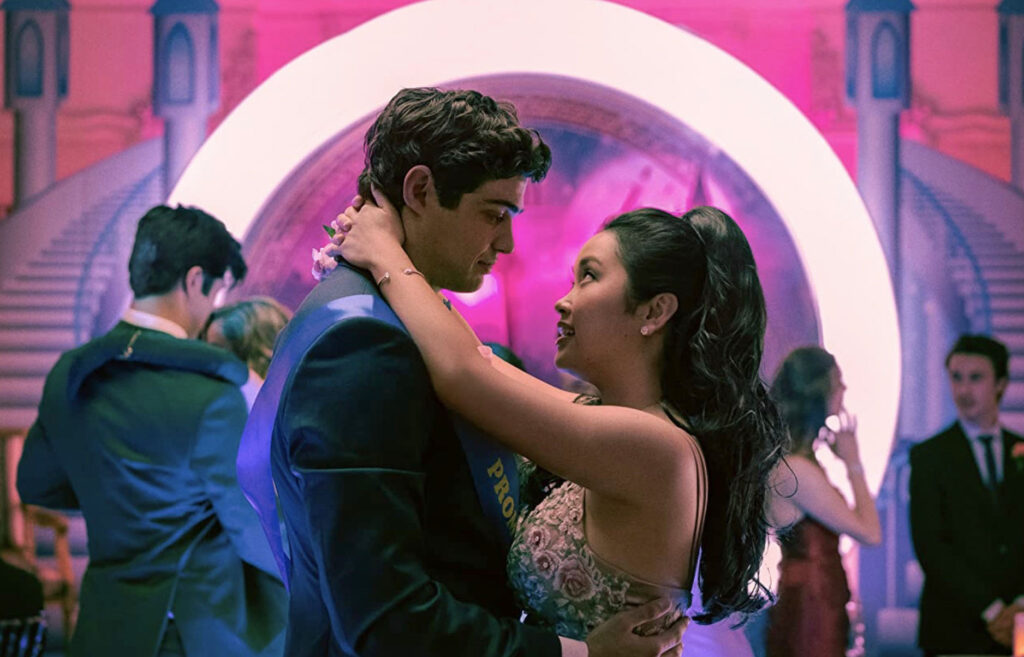 If you remember anything from the first two installments of To All The Boys, it’s probably that the main character, high schooler Lara Jean (Lana Condor), is a lover of both rom-coms and her boyfriend, Peter Kavinsky (Noah Centineo).

After overcoming struggles to define their relationship and the threat of another love interest, Lara Jean and Peter are finally stable in their relationship in the third movie. But now instead of high school drama standing in their way, it’s the future. Peter has been accepted to Stanford University to play lacrosse, and when Lara Jean doesn’t get in, the two have to navigate the fact that they might not be together forever like they’d planned. A montage of Lara Jean working, getting married, and having kids makes it clear—she’s completely intertwined the idea of Stanford with that of ending up with Peter.

Things become even more complicated after Lara Jean gets accepted to New York University. On a school trip to New York City, Lara Jean meets up with a friend and a few NYU students to go to a party and explore the city. As the group laughs about boys and hauls a stolen pink couch through the subway, it’s obvious that Lara Jean has a tough choice to make—should she choose her own happiness by attending NYU or commit to Peter to save their relationship?

The trope is a common one in teen movies—how do you cope with graduating and the end of your childhood? Even though it’s a cliché, it’s certainly not unfounded.

Lara Jean’s older sister Margot (Janel Parrish) is away at school, her younger sister Kitty (Anna Cathcart) “discovers boys” on a family trip to Seoul, South Korea, and her dad (John Corbett) has a serious girlfriend. Even her best friend, Chris (Madeleine Arthur), is finding love with her on-again, off-again partner. Even if painfully obvious, Lara Jean’s fear of change and losing control over her life is well represented, and a feeling that’s all too familiar to anyone over the age of 17.

Besides the core dilemma of To All The Boys: Always and Forever, the aesthetics and soundtrack especially stand out. Like the first two movies, the carefully executed clutter of Lara Jean’s bedroom and the pastel school hallways create a beautiful aesthetic, and music from The Greeting Committee—their song “Beginning Middle End” plays a big role in the movie—crafts this perfect soundtrack of teen emotion.

And although Lara Jean, bogged down by her conceptions of a perfect relationship, laments that she and Peter “are a terrible rom-com couple,” the opposite is true. For all of its charms, the third To All The Boys is exactly what you’d expect it to be—a cheesy rom-com that over-romanticizes teen life and love. Although the central conflict has merit, the small squabbles that set back Lara Jean and Peter’s relationship are so contrived that it’s almost painful. As my friends and I watched the movie, we found ourselves screaming at the TV in pure frustration, “Why won’t she just tell him that!” Even though they’ve been dating for a while, Lara Jean and Peter’s conversations mostly consist of them making jokes or talking around tensions, and there’s a couple of times where their conversations devolve into tickle fights.

Cringey dialogue and awkward acting aside, this third and final To All The Boys does what it sets out to do. My friends and I had guessed how the movie would end within the first 20 minutes, but simply because there’s only one way that a rom-com like this can end.

When you’re watching something, it can be hard as a viewer to take yourself out of reality and accept the premise of a fictional world. But just like how a cynic might scoff at the force in Star Wars or magic in Harry Potter, the impulse is the same in To All The Boys—it can be weird to accept that in this rom-com world, the class of 2021 has a normal graduation, the attractive jock falls for the quiet girl, and high school seniors can plan to be together forever and mean it.

Of course, it’s ridiculous. But, if you take the movie at face value, revel in the absurd rules of this world, To All The Boys hits the mark. It’s no revolutionary piece of art, but arguably, it doesn’t try to be. Although your Valentine’s Day cynicism might be at an all-time high after what’s been a pretty isolating 11 months, giving To All The Boys: Always and Forever a try might just be the perfect emotional, cringey thing to round out a weekend of celebrating connection and love.

lana condor noah centineo to all the boys: always and forever
‘Tell Me You Love Me’ Music Video Lacks Emotional Depth
Slowthai Showcases His Vulnerable Side in ‘TYRON’ 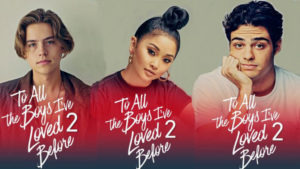