The Texas Heartbeat Act went into effect on Sept. 1. This bill prevents abortionists from killing preborn human beings in abortion procedures after fetal cardiac activity is detected using medical technology. The preborn’s heartbeat can be detected around day 21 of his or her development.

While similar bills restricting abortion have already been passed in other U.S. states, this law is unique since it allows private citizens to file civil suits only against abortionists who act in violation of the law. Private citizens are being empowered to bring civil suits forward against abortionists, not against women seeking abortion, because government authorities in other states are not able to enforce similar, democratically passed heartbeat bills that have criminal penalties for violators. This is because Planned Parenthood and other pro-choice organizations challenge the laws and their typically specified enforcers in the state in court and receive injunctions from friendly judges that stop the state from carrying out the passed legislation.

The current abortion jurisprudence in the country is based on Planned Parenthood v. Casey. That landmark 1992 Supreme Court decision narrowly reaffirmed the 1973 Roe v. Wade case in mandating legalized abortion in all 50 states through all nine months of pregnancy for any reason at all, as post-viability health exceptions cited in Roe’s accompanying Doe v. Bolton decision apply to the woman’s “physical, emotional, psychological, [and] familial” well-being, making it too broad of a clause to protect any preborn child, even up to the moment of birth.

There has been a concerning amount of fear-inducing rhetoric about this Texas law that is unfair and untrue. There will not be so-called “vigilante justice” where random pro-lifers chase down women on suspicion of seeking an abortion. Again, abortionists will be the only party

liable to civil suits filed by private citizens if they’re caught violating the law and will have to pay at least $10,000 if found guilty. Pregnant women will not face civil or criminal liability for attempting or succeeding in getting an abortion—pro-life people recognize women as the second victim of abortion. Further, under the law, pregnant women who miscarry will not face civil penalties and will be compassionately cared for by any medical professional during and after her miscarriage without being questioned. By definition, abortion is the intentional killing of a preborn child while a miscarriage is a tragic and unintentional accident. Also, a rapist will not be able to sue his victim in civil court if the victim attempts to procure an abortion. Pro-life people universally condemn rape and incest as unspeakable crimes that require strong justice for the sake of the victim.

Pregnant women, as before Roe, are not the people of interest within the law here, rather, the Hippocratic-oath-violating abortionist alone is the potential violator and focus of the law. Abortionists killed 55,000 preborn children just in Texas in 2020 and now those preborn human beings are fully protected by the state and they are being spared from death through chemical poisoning, dismemberment, and suction aspiration in the Lone Star State. The pro-life movement hopes to positively support mothers (and fathers, who need to be better held accountable for their actions) in succeeding in all facets of life: their educations, their careers, and early parenthood from Texas to Chestnut Hill. You can learn more about this Texas Heartbeat Act, that more American voters support than oppose, right here. 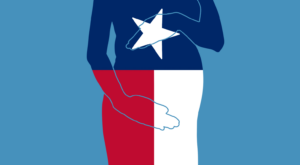 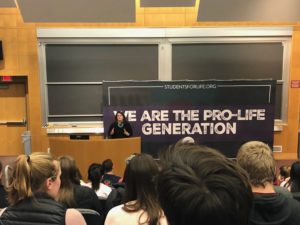