Al Skinner, head coach of the men’s basketball team, has been fired by Athletic Director Gene DeFilippo, according to sources in the Boston College athletics department. The firing will be made official at noon today in a press conference.

Skinner, who interviewed with St. John’s for its vacant head coach position Friday, was already dismissed from the team as early as Wednesday, according to sources. The athletics department agreed to hold off on announcing that Skinner would not be retained, but DeFilippo will make it official at noon today. 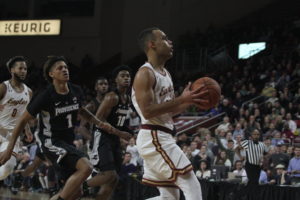