For one, Trayvon Martin’s tragic story hit too close to home. For another, social activism has always been a part of life. But for all of the participants in Tuesday’s rally to raise awareness for Martin’s case, justice was the end goal.

United Front, a coalition of various Boston College clubs and organizations that represent the African American community at BC, organized a rally on Tuesday in front of Lower Dining Hall to raise awareness for the need for justice for Trayvon Martin, who was fatally shot on Feb. 26. The shooter, George Zimmerman, claimed that he fired in self-defense because the hoodie-wearing Martin looked suspicious.

“The frightening, but honest reality is that we both could have easily been Trayvon,” co-presidents Phillip McHarris, A&S ’14 and Ben St. Gerard, CSOM ’13, said in a joint statement via e-mail. “We organized the rally to raise awareness about the case and demand justice for Trayvon Martin, to humanize Trayvon and show the world that black and brown lives are just as important as any other life, and to stand against the cultural and social realties that gave birth to Trayvon’s death and the injustice that occurred after: the failure to arrest and convict George Zimmerman.”

Participants in the rally wore hoodies and held signs bearing slogans such as “Do I look suspicious?” and “It’s not just black and white – we want to end the injustice!”

“It took a long time to get people to care like they should,” Tyler Carter, BC ’11 said. Carter, who happened to be on campus for the rally, said that he lives about 15 minutes from where Martin was murdered.

“My family has always been involved in movements,” Ariel Perry, A&S ’14 said. “My mom was in the Civil Rights movement and was thrown in jail for justice.” Perry said that she considers Jesus a social activist, which has influenced her as well.

Shaima Alawadi, an Iranian mother of four who was beaten to death near San Diego, Calif., Mar. 21, was also represented at the rally. Supporters of both Martin and Alawadi have seen connections between the two cases because Alawadi, who wore a hijab, or religious headscarf, was also a victim of racial profiling.

At Tuesday’s rally, Fatin Yousif, A&S ’15, spoke about the media’s inability to demand justice for these victims and about what people can do to prevent such injustices in the future. Yousif, an African American, Muslim female, said that she hoped to bring a sense of continuity to the rally.

“I’m outraged by what has happened in the past few weeks and the little to no response that Shaima Alawadi’s incident has been receiving in relation to Trayvon Martin’s incident,” she said in an e-mail. “I do not associate myself with just one of these incidents but both of these incidents and the many more that have occurred in our society because I’m a human being and to me every human matters. Everyone should stand together to demand justice for human life because we are the ones who shape this earth and the ones that will lead generations to come.”

United Front plans to continue its support for Martin and Alawadi.

“Luckily, we have a cadre of dedicated and passionate students whom we are working with,” McHarris and St. Gerard, who both stressed that this group of students was instrumental in the rally’s success, said. “We have decided to lead a campaign, BC Students For Trayvon Martin, throughout the rest of the semester. We will work to help Trayvon Martin’s family achieve justice for Trayvon, and doing what ever we can to push for the arrest of George Zimmerman.”

The two hope that the coming events will shed light on the social factors that contributed to Martin and Alawadi’s deaths and help members of the BC community think about the ways in which they might unknowingly be perpetuating injustice. 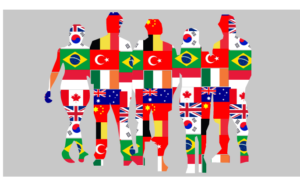 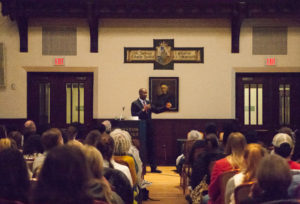