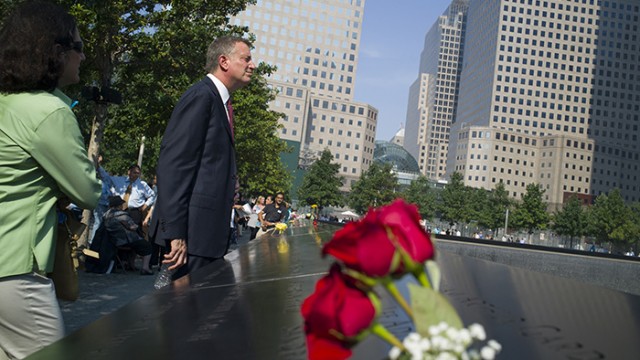 As I pulled up my Google calendar to find the date that this column would be published, I had that moment that seems to occur every year: “It’s 9/11 on Thursday.” Even the phrasing of that thought seems strange when you really think about it—as if Sept. 11 is not just a date, but something that is happening on Thursday.

Technically, 9/11 “happened” in 2001, but it also “happens” every year, since we were reminded since that tragic day to “never forget.”

Even after typing that first paragraph, I considered deleting it entirely—is it too late, I thought, to write about something that happened 13 years ago? It’s not like deleting it from the page will delete it from my memory, right?

I had the same set of thoughts last semester as I sat down to write a column about the Holocaust, in light of a book that had been published, composed solely of the word “Jew” printed six million times. Hasn’t everything already been said about such a horrific period in history? Is it my place to offer commentary now, many years after the Holocaust took place?

My response then—and my response now—are one and the same: It’s never too late.

I came to this realization after a series of readings assigned for my magazine journalism course—including “The Falling Man,” published in Esquire with a new introduction by the writer Tom Junod. The piece discusses the iconic image of a man falling perfectly between the North and South towers of the World Trade Center, taken by Associated Press photojournalist Richard Drew. In the moment that the photograph was taken, the man seems to be part of an artful composition—“perfectly vertical” and “in accord with the lines of the buildings,” giving a sense of freedom or flight, as explained in the beginning of the article.

Junod’s piece seeks to explore the story behind the photograph, and the search to find exactly who the “falling man” might be—often met with resistance from the families of 9/11 victims because of its potentially exploitative and insensitive nature.

The question raised by such a photo, even many years after the event, comes down to the issue of witness, as Junod so aptly puts it in his new introduction. He even ties the 2001 photograph to the videos of ISIS beheading American journalist James Foley, as well as the still photograph used by the New York Post on its Aug. 20 cover.

Drew offered his own commentary on both of the photos, explaining that the reason why they’re so hard to look at is because they both happened. In an odd paradox, we tell ourselves to “never forget,” yet we don’t want to look at images that remind us of what “happened.”

In essence, we sometimes tend to remember the “what,” but not “why” or “how” it happened. The numbers of 9/11 will remain indelible in our memory, but the images of the atrocity, of the “jumpers” and the explosions that we once witnessed, are harder to face.

It’s okay to look away from images like these—the power of photojournalism is to provoke a reaction and make a statement, and the fact that some photos may avert the eyes proves that the events surrounding them are still worth discussing.

Today, on Sept. 11, I hope that we do more than just repeat the “never forget” mantra in our heads. We can still be active witnesses by allowing ourselves to talk about the images that we are afraid of—and remind ourselves why we are remembering in the first place.