Home » Reality And How It Might Interfere With Following Your Dreams 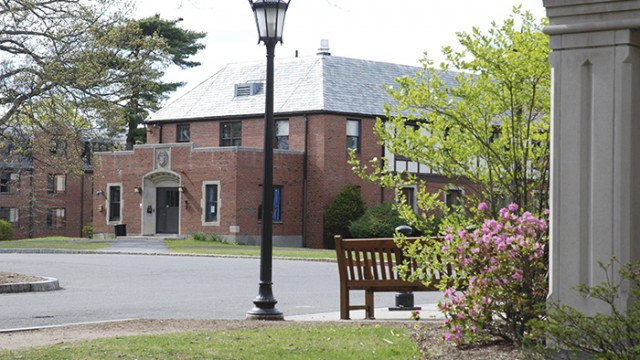 Reality And How It Might Interfere With Following Your Dreams

I always know when fall has arrived by the scent of pumpkin spice permeating the crisp air, the futile sound of stomping feet searching for crunchy leaves, and the mating calls of wild college students. But my favorite characteristic of fall is the swarming crowds of naive freshmen, starry-eyed and eager to learn. They are full of hopes for the future, dreaming of world peace and bacon mac & cheese pizza, and just waiting for a charismatic mentor (me) to guide them to the light. They go to college, armed with unique talents and dazzling destinies, to follow their hearts’ desires.

For years, my mantra has been, “Follow your dreams!” When the young ones come to me for advice, my words often inspire them to attempt what they always knew they were destined to do. Whether your dream is to be a meth-cooking teacher or a break-dancing astronaut, I’ve always believed that following your dreams is the only way to really live life to the fullest. As Jesus taught in the Bible, “Man shall not live on bread alone.” After all, who cares about economic stability or respectability when your life as a singing sensation awaits?

The first step to achieving those far-off goals is to be unshakably idealistic. People don’t realize the work and effort that goes into being cheerful and optimistic all the time. I’ve found that it requires quite a bit of ear-plugging and copious amounts of sugar. Having a good role model is also essential—mine is the Little Engine that Could. Regardless of any setbacks, like lack of funds, or friends, or job, if you think you can do it, you can do it. Everything that is going right in your life is a mystical sign from the heavens that you are on the right path and that everything will be fine. Ignore the haters that spout statistics at you and listen only to that little voice in the back of your head that may or may not be a sign of insanity.

Despite my complete faith in the human ability to live off of passion alone, it doesn’t mean that I believe following your dreams will necessarily lead to success, happiness, unicorns, and rainbows. Just because you do something, doesn’t mean that you will be good at it. Look at me. I love gardening, but that doesn’t stop plants from dying the moment I touch them. After having been brainwashed thoroughly by Horatio Alger myths, people delude themselves into thinking that rags to riches is a common phenomenon. People following their dreams have my full support, if they are prepared to live with failure. Although there are the one-in-a-million success stories, there are so many more people who end up burned out than those who succeed. We just never see these stories, because who wants to make a movie about someone who bet the farm and lost? I just hope everyone is walking into his and her respective delusions with eyes wide open, because we are all standing in line to jump off a cliff in the hopes that the pile at the bottom is high enough so that we won’t die when it’s our turn.

Following your dreams may seem like a bad idea after realizing the odds are never in our favor, but if we want to get anything done, we don’t really have a choice. After all, “‘Tis better to have loved and lost / Than never to have loved at all.” Or so we would like you to believe, because society moves forward on the success of the few and the broken dreams of many. But I would like to continue to fool myself. I want to believe that it is possible for me to fly to the moon on the wings of a pig. I want to believe that it is possible for me to write the next Twilight (it will be called Daybreak and feature a forbidden romance between a fish and a merman). I want to believe that it is possible to get a job after graduation. Each year, though, it gets harder and harder to keep following my dreams as I realize that the job market is just getting more crowded, and it will be hard to get any job, let alone my dream job. But as a friend recently said to me, #yoyo—you’re only young once. There is plenty of time later to regret what we will do now, such as researching the technicalities of a romance between a fish and a merman. This is the time to follow our dreams, but we also have to resign ourselves to the fact that, unless we happen to be George Lucas or Mark Zuckerberg, we will probably end up employed by McDonald’s. Unless that happens to be your dream—then you will probably be working at Dunkin’ Donuts.