By definition, oral history is concerned with stories perpetuating themselves without any formal means of recording, consisting of nothing more than voices. The story behind the emergence and expansion of violent gangs in Guatemala is one such unarticulated narrative associate professor of history Deborah Levenson found herself compelled to illuminate, authoring Adios Nino: The Gangs of Guatemala City and the Politics of Death in 2013.

The New England Council of Latin American Studies (NECLAS) awarded Levenson the Marysa Navarro Best Book Prize for this work, which has been broadly acclaimed.

Adios Nino is a historical study on the gangs of Guatemala and the economic, social, and political conditions that contributed to the initial and continual formation of the gangs.

“Using interviews, conversations and oral histories [Levenson] provides an empathetic portrait of gang members, their families and friends to present a nuanced understanding of Guatemala City life inside and outside Gang life,” the book’s citation reads. “What makes Levenson’s book so convincing and her so successful at describing gang members and their lives is the way she sews them together with her own personal experiences.”

Levenson, an oral historian who was present during the Guatemalan Civil War, uses firsthand experiences in her elucidation of the history of Guatemalan gang violence.

“The only way to understand gangs is … through their own words,” Levenson said.

Drawing on these experiences, Levenson argues that the brutality of the Guatemalan government itself during the Civil War gave birth to this violent gang culture, perpetuating an environment in which the finality of violence in action is viewed as a suitable solution. The recognition of the social implications made the award more meaningful, she said.

“I was pleased that a book that was centered around social justice won a prize,” she said. “I think that sometimes prize committees avoid books like that because they’re controversial, and sometimes they’re not afraid of those controversies—I think the book is controversial.”

Although this is Levenson’s first award from NECLAS, her presence has long been felt in the fields of both Latin American history and social justice. Levenson has received other accolades over the years, including a Fulbright grant and fellowships from the Social Science Council and the Bunting Institute. She currently teaches several courses at Boston College, among them “Latin American Women Represent Themselves” and “Latin American Tourism.”

“I wrote this study not because I was dying to study gangs,” Levenson said. “I was pleased that I won the award because the book is very political, and it makes an argument that we need to pay attention to the effect of trauma on history.”
Levenson is hopeful that in winning this honor, the increased readership of her novel will help to shed light on this important issue.

“I feel like intellectuals have a responsibility and if I have a knowledge of a situation like that and if I have the ability to explain it and communicate it to an English-speaking audience, that I ought to do that,” she said.

In this capacity, she can serve as an agent for broadcasting the past. In the case of Adios Nino, she chose to inform her audience about social justice issues prevalent in Guatemala.

“What are we for?” she asked, smiling. “We’re either sitting around, or doing something that counts.” 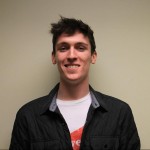 James Lucey is the Features Editor at The Heights and a member of the class of 2017 at Boston College. He had high hopes for writing a good bio, but couldn't be clever on the spot. Hi mom.