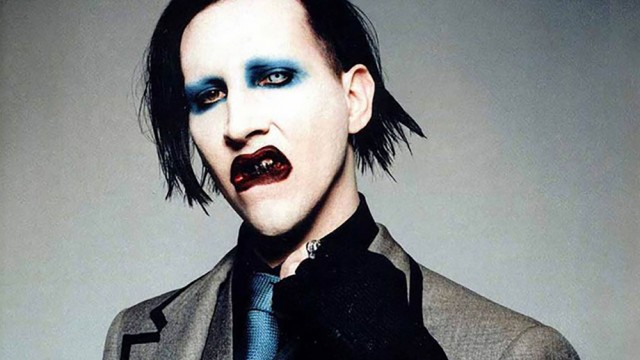 Marilyn Manson Still The God Of Shock In ‘The Pale Emperor’

Marilyn Manson has spent his career as a cultural icon. From the idiosyncratic look of almost translucent skin to his painted on-cherry red lips, his single warped blue eye to the flamboyant interviews where he proclaims himself the “god of f—k,” Manson has been a hard voice to ignore.

Yes, Manson the cultural icon, the king of the shock factor, has done well in keeping relevant. Marilyn Manson the musician, on the other hand, hasn’t been relevant since the 90s, when he slogged his way through “The Beautiful People”: a scratchily sung, ironic ode to, well, the beautiful people, which came of his classic album Antichrist Superstar.

There he lived up to his name, which is a combination of the silly, bubblegum-chewing part of America in Marilyn Monroe and the downright sinister and demented in the notorious serial killer Charles Manson. Both of whom are iconic, infamous, and represent America’s obsession with fame. Never has he truly represented the silly and the sinister in one album as well as he did in Antichrist Superstar.

That is until his latest release, The Pale Emperor. Manson collaborated with Tyler Bates, a film composer, who has done some of Rob Zombie’s best horror movies, on all of the music for this album. He gives the music and overall dark, electronic (and sometimes inhuman) sound that somehow incorporates the blues and classic rock and its guitars to great effect. Manson and his band’s instrumentation and musical direction have not been this sharp, clear, and interesting since he parted ways—in a nasty fight—with Nine Inch Nails frontman Trent Reznor.

With all this in mind, the first track “Killing Strangers” is one of sparse, snare sounds like something an army would march to. This is Manson’s march back into relevance. On the track he uses this dreary production to create the mood of people who “kill strangers” so they “don’t kill the ones that [they] love.” Throughout the first verse, the backing vocals that sing the lines “a bigger knife” and “we got guns” are sung in whispers, only playing in one ear as it alternates. This makes the song atmospheric and genuinely creepy. At the center, the song is bare and electronic, but manages to use rock guitar to add drama in a way that younger artist and DJs—even Avcii—have not mastered yet.

In contrast, “The Mephistopheles of Los Angeles” uses guitar as its base, beginning with heavily, delayed notes that hail back to the golden era of 90s alternative. Suddenly, it goes into a chugging heavy guitar with blues solo overlay. This song is interestingly thematic in that it allows Manson to play the character that he has created: the patron saint of all Hot Topic-hanging mallrats.

At his core, Manson is a vocal actor. He is at his best on this album when he can play a role, (“Warship My Wreck” and the aforementioned “Killing Strangers”) and at his worst when the songs are generic, gothic tunes, (“Third Day of a Seven Day Binge” and “The Devil Beneath My Feet”).

The album’s most astonishing tune has Manson in the role that he knows all too well: fighting middle America. “Slave Only Dreams To Be King” opens with a man with a southern accent—accompanied by what sounds like guns firing—preaching about how “The Gods are ready to obey / Take my money like an ugly bee.” The sounds of sirens permeate throughout the song, as drums beat on. It is as though Manson is leading an army against ignorance. Also in this new role his vocals have gone from an unclean scratch to a drawl that recalls Jim Morrison.

The only place where the album falters at times is in its lyrics. In “The Devil Beneath My Feet,” he sings, “Least I know wherever I go / I got the devil beneath my feet,” and commands, “Don’t bring your black heart to bed.” These lyrics come off as corny, but that’s when you realize he is in on the joke. His music is a haunted house: you know the blood is fake, but you’re too excited to care. Welcome back, Marilyn Manson. 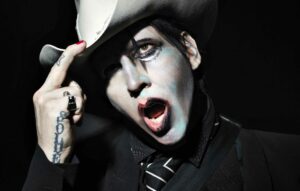