Home » In Defense Of Summer Finn 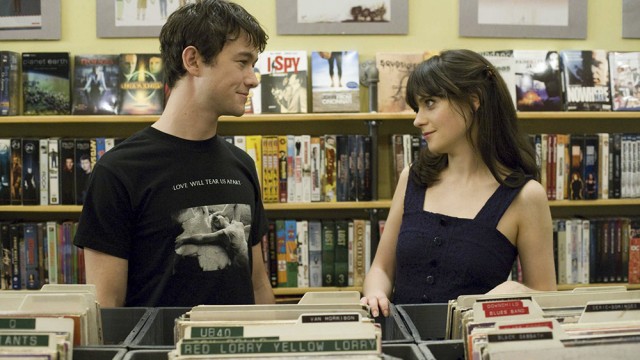 In Defense Of Summer Finn

Summer Finn is the wide-eyed, offbeat, Smiths-loving, titular character played by the equally offbeat Zooey Deschanel in Marc Webb’s 500 Days of Summer. Summer Lin is the slightly less offbeat and Smiths-loving arts editor for The Heights. Our rhyming surnames aside, I can count on being asked about my opinion of 500 Days of Summer at least once a week. Six years after the film’s release and we’re clearly not done talking about Summer Finn.

Presented in a non-linear structure, Webb’s coming-of-age film charts the peaks and pitfalls of a failed relationship. Through the lens of the film’s leading protagonist, Tom Hansen (Joseph Gordon-Levitt), we witness dates spent frolicking through Ikea, visits to a record store, and an inevitable breakup at the couple’s favorite waffle house. We sympathize with a crestfallen Tom, who drowns his sorrows in Funyuns and Jack Daniel’s, and is eventually demoted to the “sympathy” department at the greeting card company at which he works. Our sympathies align with Tom—the lovesick, hopeless romantic with lofty ideals of love brought on by listening to too much sad British pop music. We write off Summer, the cynical and noncommittal object of Tom’s affections who refuses to love him back despite all of his efforts.

Herein lies the biggest misunderstanding of the film.

Harkening back to Audrey Hepburn’s Breakfast at Tiffany’s, or any Goldie Hawn character, the stock trope of the “Manic Pixie Dream Girl” was coined (and retracted in a 2014 interview with Salon) by Nathan Rabin to typify one-dimensional female characters in film. Rabin, in exposing sexist implications in Hollywood, describes these women as shallow and static characters with no background or goals of their own and instead exist solely to further the development of their male counterparts. Director Marc Webb admitted in a review for The Guardian that, “[Tom] doesn’t see her complexity, and the consequence for him is heartbreak. In Tom’s eyes, Summer is perfection, but perfection has no depth. Summer’s not a girl, she’s a phase.”

Similarly, Gordon-Levitt, did not seem to sympathize with Tom as much as audiences would think. Gordon-Levitt said in a 2012 Playboy interview that, “He develops a mildly delusional obsession over a girl onto whom he projects all these fantasies. That’s falling in love with the idea of a person, not the actual person.”

That’s the tragedy with Tom and Summer. Tom has no real knowledge of her inner desires, emotions, or problems. The fact that she does not love him back renders her an enigmatic and heartless character in the eyes of the audience. In fact, we do not get to know the real Summer, but rather the Summer in Tom’s imagination through which we interpret her actions. Snippets of the real Summer slip through in her upfront discussions of not wanting a relationship or believing in love, but because Tom does not seem to listen, neither do we.

As Summer transitions from Dream Girl to b—h, we realize she was never truly Manic Pixie but merely a flawed projection of Tom’s desires for romantic fulfillment in his quest to make her his own. Tom’s heartbreak results from shattering this fantasy, depicting the film’s critique of real and conceptual femininity.

The “Manic Pixie Dream Girl” critique of women in film isn’t without its faults, however. The MPDG trope has been misused to generalize all quirky and whimsical female characters as one-dimensional rather than expose characters that cater to male interest. Erasure of these characters and denouncing their credibility place blame onto these women instead of the male gaze in Western film. While Rabin rightfully criticized the lack of female agency, the MPDG trope has shifted focus from the male gaze itself to reducing female individuality into a type. While the trope originally sought to reject female characters as mere concepts, the MPDG has become a concept in itself that disavows the potential of supporting female characters.

What the film did get right is that we have all been a Tom or a Summer at some point in time. Summer Finn and I actually have a lot in common. We both have a penchant for A-line skirts, Ringo Starr, and a hoarding addiction with the knick-knacks section of Anthropologie. And to anyone who has not watched 500 Days of Summer, the only thing I ask of you is to please bear in mind—it’s not a love story.