Home » Thank You For Smoking 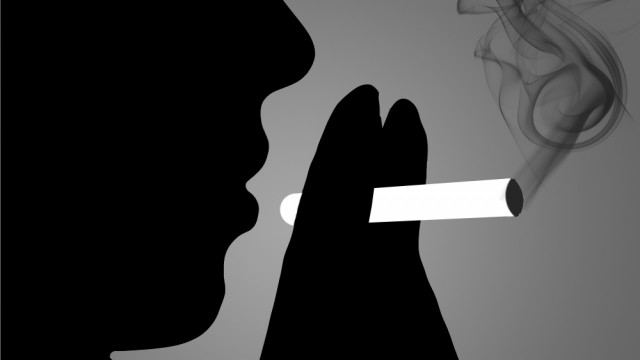 Thank You For Smoking

I smoked for the first time when I was 17, leaning on a railing behind my house on Long Island. Inside, the party I’d thrown for homecoming was getting out of hand, so I made my way out to the deck to find a place where it’d be hard to hear my mother’s china shatter.

What I found instead were a few friends who’d come from a college up the road. They sat at a table strewn with empty matchbooks and half-full packs of Newport 100s. I sauntered over.

From the table a sweet, skinny blonde girl with a few lip rings lifted two Newports from the pack and threw one at my lap.

She hadn’t asked whether or not I smoked, nor had anyone else. I’ve found in the years since that people in these situations seldom do. Asking belies remorse—a sense of guilt about what you’re doing to yourself. So I caught it clumsily and held it by the filter like a piece of refuse, unsure of the rules or, for that matter, which end was which.

By watching I figured it out and lit the right one, moving oddly with a lumbering, inorganic flippancy that came off like a Keith Richards impression.

After a few more minutes and two more drinks, I got the hang of the inhaling thing. My head cleared up and the beats of my heart grew loud, each one creeping nearer to the next with every drag and desperate exhale. The whole scene—slowing party inside, ragged crew outside, friends with whom I hadn’t spoken in weeks—brightened. That’s the best word for it. It was as if before the first puff I’d been watching the world through a foggy window, suddenly power-washed and polished by the nicotine.

I grew to love the feeling that night, though it certainly wasn’t what you’d call an addiction. Affinity, maybe. When the smoke cleared the next morning—ha, ha—I found my house in much better shape than expected. Pillows back in their proper places, minimal booze on the kitchen floor. By the time my parents got home I had scrubbed the place twice and—in fear of the new specter that smoking had cast over my life—thrown away two mostly-full packs of cigarettes.

I had reached a resolution that I’ve held ever since: that there’s nothing intrinsically wrong with being a person who smokes, so long as one does not become a smoker. Simple, isn’t it? There was a distinction to be made somewhere in my little caveat—one more potent and less empirical than packs purchased or smokes consumed—though I had never been able to fix my fetid yellow finger on it.

Time passed and I held fast to the rule anyway. For a while, I could make one pack last a month or two. Then I played in punk bands and started writing stories and longer papers, upped my intake a little. The packs began to empty so fast that I started picking up two at a time at the drugstore on increasingly arduous walks back and forth from campus.

I had all the education on the subject you could imagine. I’d seen all the pictures of bloody lungs and blackened, lumpy tongue tissue that television had to offer. Even that scary, robotic hole-in-the-throat voice didn’t get to me. In time the pleasure began to come part and parcel with the peril—all elements of the same rush.

And then, one day, I stopped. As of today I haven’t smoked in months, and doubt I’ll ever need to again. I didn’t stop after any big revelation, or phase the habit from my life by force. I just decided it didn’t make sense anymore. Yes, it was sudden.

This has brought me to two conclusions. First, that no warning or upbraiding in the world could have kept the first cigarette from my mouth. Kids who feel like sitting on the deck while the party rages inside will always find something to keep them out there, whether it’s visible or not. Second is that there’s always something that makes stopping worth the loss. For me, it was a nice girl and the opinions of my friends.

I suppose what I’m driving at is that we don’t really choose our future regrets, only when to stop indulging and start regretting them. Smoking is not the worst of mine, and certainly not the last, but it’s given me a good sense of what the rest will look like. 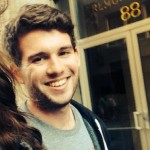 Sean McGowan is a staff Opinions columnist for The Heights. He is a member of the Class of 2016, double majoring in English and Philosophy. He has been writing for The Heights since September 2014.

health smoking
A Policy Assessment Of Transgender Rights
LTE: A Response To ‘The Only Race We Should Be Talking About Is NASCAR’