Home » Previewing BC Basketball: What to Expect (Again) From Notre Dame 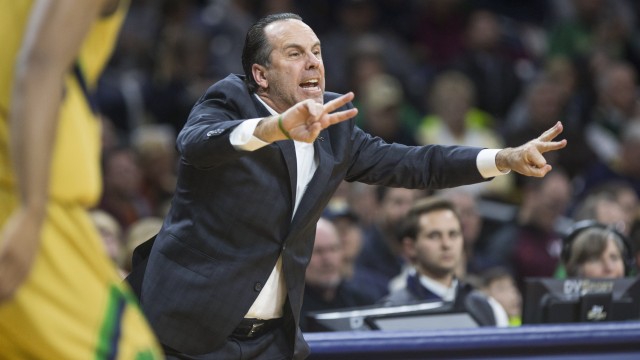 Previewing BC Basketball: What to Expect (Again) From Notre Dame

Notre Dame will enter their game against Boston College as one of the most enigmatic teams in the nation—the sort who beat Iowa one week and then fall to Alabama the next. Notre Dame, (13-5, 4-2 Atlantic Coast) began the year ranked 19th with high expectations, perhaps even a dark horse challenger for the ACC title. Two early losses, however, saw the Fighting Irish drop from the polls entirely. But since then, they have built a quality campaign by rattling off three straight conference wins, including a stunning upset of then-No. 9 Duke.

BC (7-11, 0-5), in stark contrast to their fellow, up-and-down Catholic school, have been about as expected. Even the most optimistic BC homer knew that a team with eight freshmen was not going to be competing for a conference championship, especially in a year as deep as this one. The youth has shown at times when the offense has grinded to a halt, but this has been, and will continue to be, a year focused on developing the talent available. These are two teams with very different goals—winning now and winning later.

Last Time: Notre Dame already rolled BC 82-54 earlier this month in one of the worst losses in the Eagles’ history. The Irish dominated the entire game—every starter scored in the double digits, and the team as a whole shot over 60 percent. The Eagles could not stop any shots—long or short range—and, as a whole, looked helpless against such a high-powered offense. It was, as ESPN called it, a rout.

Notre Dame Scouting Report: The Irish boast a starting five that is both extremely athletic and experienced, with four upperclassman starters. The lineup, though without an official center, is certainly not lacking in size, either. The 6-foot-10 Zach Auguste leads the team with nearly 10 rebounds per game, and fellow forward Bonzie Colson helps form a nasty pairing on both ends of the court.

The leader of this Irish team, without a shadow of a doubt, is the prolific Demetrius Jackson. The former McDonald’s All-American is averaging 17.5 points per game, and has pulled his team out of hot water more than once. His versatility allows him to nail treys or drive in the lane, and fans of his have become accustomed to his elite play.

Steve Vasturia, who might well be called “the other guard,” is a hell of a player in his own right. Prone to explode for 20-point games, his assist numbers have improved greatly since last year, and he is a serious threat from three.

The greatest strength of this Notre Dame team, however, is not Jackson or any of his teammates—every player is a scoring threat. Colson exploded for 31 points against Duke. Auguste hung 24 on Georgia Tech. Anyone can score and everyone will score, and it shows in the statistics. They average near 80 points per game. Every starter averages double-digit points. They have the sixth most efficient offense in the country, averaging well over a point per possession. This is a very good team.

Three Keys to the Game

The team may be youthful and lack the athleticism of Notre Dame, but it should not be losing by 30. With the Eagles’ heads held high coming off a valiant effort against Miami, this game should be much closer than the one two weeks ago.