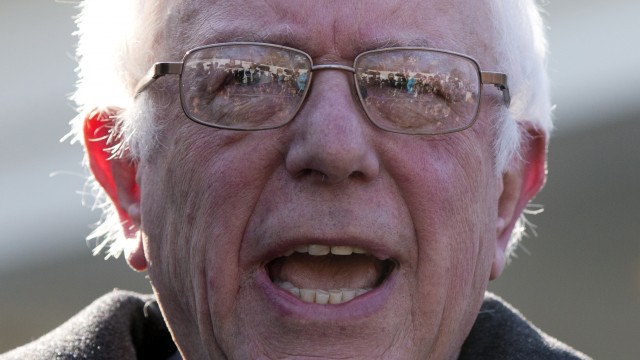 LTE: Another Response to “Why Bernie Sanders’ Policies Make Sense”

Mike Crupi has already identified most of the practical problems inherent in Joshua Behrens’s Jan. 21 Bernie Sanders panegyric, so I’ll try to keep myself as brief as possible here. I actually enjoyed Mr. Behrens’s piece; political discourse is always good. Naturally, I don’t agree, either practically or philosophically, and I’ll try to lay out my reasons here.

Anyway, Mr. Behrens realizes the extensive, overwhelming, “obscene” (his well-chosen word) cost that Sanders’s health care plan would impose. His justification, however, sounds like it was taken right from Sanders’s campaign rhetoric. The “obscured, rose-tinted understanding” that Mr. Behrens alleges is in fact the rosy portrait that Sanders—and all socialists—paint. See Mike’s piece for a good dose of common sense poured onto that “socialism-is-amazing” picture (and then just look at Europe and Canada). What are the magic words? Oh, yeah—“Spend, spend, spend!” John Maynard Keynes, whose “school of economic thought” Behrens mentions, must be smiling in his grave.

From an historical perspective, I have to disagree with Mr. Behrens’s analysis of the New Deal. As many historians now agree, the New Deal did not “jumpstart a failing economy;” the production caused by World War II did.

Behrens’s last paragraph discusses that age-old question, “How the heck is Bernie [or any socialist] going to pay for this?” Yup, you guessed it—tax the rich! Who gets to decide who’s rich? Why, the people who are taxing them, of course. And when Sanders, or Mrs. Clinton, or any of our left-wing friends runs out of “the rich” to tax… Well, we won’t talk about that. Progress is happening here, and we silly conservatives can’t stand in the way of the coming brave new world.