Home » After Two Years, Government Center Will Reopen in March 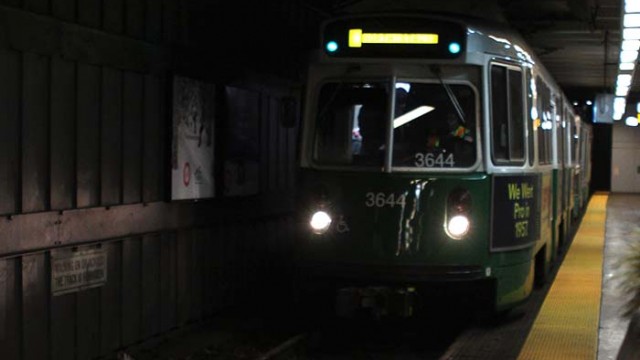 After Two Years, Government Center Will Reopen in March

The Government Center T station, which has been closed for the past 18 months, will reopen March 26, according to Massachusetts Bay Transportation Authority Spokesperson Jason Johnson in a press release. Crews have been completely reconstructing the station and erecting a large glass head house on City Hall Plaza.

According to Boston magazine, the $82-million project hit a brief hiccup when it was discovered that the glass on the facade of the new building fogged up too easily. The station will still open on time and on the budget originally planned.

The MBTA has received scrutiny for the length of time it has taken to complete this project. Some have claimed that the Empire State Building in New York City was built in less time, and are impatiently awaiting the new structure, which hasn’t been majorly upgraded since the 1960s.

Johnson, through the same press release, said that the new station will include new elevators and escalators, providing easier access to those with disabilities. New features also include steel structure, platform reconstruction, lighting upgrades, replacement of stairs, and electrical improvements.

James Breen, MCAS ’17, is also very excited about the reopening of the station, and believes that it is one of the most significant developments in the MBTA in quite some time.

“On the physical and technical ends, it will cause changes in service, as the Green Line returns to pre-2014 patterns,” he said.

Once the station begins normal service again, the Green and Blue lines will return to normal patterns, with the Blue Line terminating at Government Center.

Breen said that the closure of the station for the past 18 months has been a huge inconvenience to citizens and students alike, as it has made access to the places near it, such as City Hall, Faneuil Hall, and Quincy Market much more difficult to reach by T.

The station closure shattered the direct connection between the Green and Blue lines, requiring intermediate usage of the Orange Line. Additionally, switching between the Blue and Red lines, which was quicker through the Green Line, has also required use of the Orange Line. This has forced riders to navigate a more lengthy and convoluted passageway at State Street Station and Downtown Crossing, hampering its ability to be used by small children and people with disabilities.

The new facilities will encourage ridership and usage, as they will facilitate access to places all across the city. Especially in light of 2015’s “Snowmaggedon,” Breen hopes the MBTA can handle the influx, especially during inclement weather.

In addition to access for people with physical disabilities, the station’s headhouse is constructed directly over the subway tracks, and offers impressive views of the Government Center area. One of the most significant features of the rebuild is the introduction of access for disabled individuals, said Johnson. It will fill a missing hole in one of the system’s most prominent and frequented stations. Additionally, it will provide better access to the most tourist-friendly parts of Boston, including the Aquarium and East Boston, as well as easier access to Logan Airport.

On a more personal level, Breen is looking forward to the design of the new station itself, whose glass panels will provide unobstructed views of iconic landmarks visible from the station, such as Old North Church.

“It will also make it easier to access places like Quincy Market, where I love grabbing gluten-free barbeque and shopping for T shirts,” he said.

The reopening of Government Center station ease the commute of the thousands of individuals who use the MBTA daily to get to their jobs and deal with different aspects of their daily routines, as well as those of students. Having better access to one of the busiest areas of the city could also increase the amount of people who visit it.

Johnson said that crews have been working extraordinarily hard to make sure that the T’s pledge to reopen the station in two years is fulfilled.

“The MBTA is greatly appreciative of its customers’ patience during construction and looks forward to opening a completely new station that will be accessible to people of all abilities,” he said in the press release.