Home » Moving Past the Prejudice in Our City 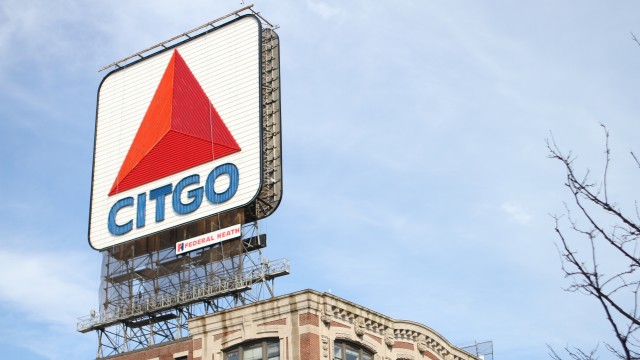 Moving Past the Prejudice in Our City

This past Marathon Monday I found myself sitting in a Stop & Shop parking lot listening to the last inning of the Red Sox game on the car radio. It wasn’t long after I pulled in that a young man approached on the driver’s side and drew my attention through the open window. “Hey man, sorry to bother you. My hunk of junk car over there ran out of gas. Could you spare anything?” I glanced over his shoulder at the beaten-up Pontiac and pulled out my wallet. My mother always taught me that if you’re in a position to help someone, you do it. As I was asking him how much he thought it would take to fill the tank he said something that shocked me. “I know what you must be thinking, black kid coming up to your window like this….” It was then that I realized this encounter was going to cost more than a tank of gas, and I would be paying in innocence and naivety.

I shook my head and downplayed his comment, telling him not to worry about it. But in the quiet of my heart I was wondering all sorts of things. I don’t think I look like a racist. And yet, something had made this kid feel like he had to qualify the color of his skin in order to ask for help from a member of his own community. My hometown of Weymouth doesn’t have a significant African-American population, just a few percent overall. So though I have hardly felt the tension up here, it comes as no surprise that race relations have been deteriorating in our country for the past few years. News story after news story of discrimination or violence elsewhere in the country might as well have been across the world. I certainly worried about it, but it didn’t seem real to someone who had grown up in a racially progressive region. Boston has patches of ugliness in its history, of course, like the busing crisis of the 1970s. But overall, the Northeast has always trended toward equality, from the 54th Massachusetts Volunteer Infantry, one of the first African-American units in the Civil War, to Martin Luther King, Jr., earning his doctorate on our very own Commonwealth Avenue just down the way at Boston University. I naively didn’t think it was a problem up here, let alone in my own backyard.

My mother was a little girl growing up in Boston during the busing crisis. And yet, some 20 years later, she brought me into the first generation seemingly destined to inherit a post-racist culture and desegregated society. Growing up, our generation’s idols weren’t chosen on the basis of skin color but by the conduct of their character and their ability to inspire or entertain us. We watched Full House and The Fresh Prince of Bel-Air, cheered for David Ortiz and Tom Brady. But somewhere along the line we got lost. Life has gotten harder in many ways and maybe this uptick in racism is just manifest scapegoating. More and more we seem to be privileging ourselves and disdaining our neighbors. It seems some of the only moments during which we come together as a community are moments of tragedy.

When we think back to the days after the Boston Marathon bombing, we each feel something a little different. We remember where we were and how we were affected. But we also remember shared experiences. We remember laying sneakers or flowers at the Copley Square memorial. And we remember the words of survivors, politicians, and people from all over the world mourning with us together. Perhaps one of the best-remembered phrases in the wake of the Marathon came from a man born on an island nation over 1,600 miles away. Ortiz stood on the field at the first home game since the attack surrounded by dignitaries and guests and said simply, “This is our f-cking city, and no one is going to dictate our freedom. Stay strong.”

I would bet my life there wasn’t a single person in that ballpark thinking “if only Big Papi were white.” Tragedy strips away the superficialities of our culture and calls us to acknowledge the sentiments of our souls. When Ortiz made that declaration it wasn’t about being white or black, or even about where you were born. It was about community. His statement reminds us that being American is a spirit and an endeavor. With the six letters of our city scrawled across his chest, Ortiz reminded us that Boston doesn’t belong to just anyone, it belongs to everyone. Not mine, not yours. Ours.

And I didn’t realize it then, but maybe the city and her suburbs are struggling with racism just as much as anywhere else in the country. We spend so much time in the modern era worrying about external forces and threats like terrorism attempting to dictate our freedom that we often don’t realize the threat we pose to each other’s freedom. Some person or persons, event or accumulation of events over time made the man I met think he wasn’t free to be black or free to need help. Those freedoms and ones like them are integral to the long-term survival and prosperity of a community. Boston and her greater area cannot thrive if we allow ourselves to focus more on what makes us different than that which makes us similar. When he came up to my window, what I saw was a kid with a beat-up car who needed help, as I had been enough times in my life. I was fortunate enough to have a big brother to call, but maybe he didn’t. Maybe the only people he had to lean on were those around him, and he shouldn’t have had to qualify who he was in order to ask for help.

When we allow our fears and prejudices to insulate or divide us, we lose some critical part of what makes us human. That, in turn, robs us of the opportunity to truly be a community. Boston is our city and we cannot allow anyone to take it from us, especially each other.