Home » A Republican Case for Clinton 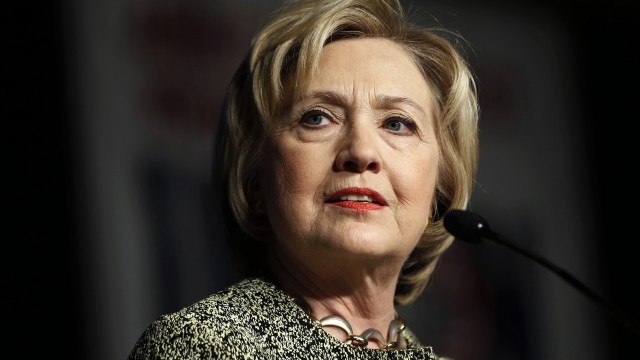 A Republican Case for Clinton

But it’s time now to move past these wild primaries and consider the national election. Here there is a glimmer of hope. Finally, for the first time in this entire process, the choice is clear for the center-right voter. There is only one thing standing between Trump and the presidency, and that is Hillary Clinton.

Many conservatives will balk at the concept of crossing party lines in a national election. We have our economic principles, our practical views on tax reform and government spending, and our allegiance to a free market, all of which we embrace with America’s long-term financial stability and competitiveness in mind, and we will never willingly throw them to the wayside while voting. The good news is that, in 2016, we may not have to.

Though Bernie Sanders and a year of hard-fought primaries and debates have dragged her to the left, Clinton is, by nature, a centrist. Historically, Clinton has leaned toward more conservative macroeconomic and right-wing foreign policy agendas. It is only over the course of the last two years—also known as her most recent bid for the Democratic nomination—that she has started seriously preaching to the voters of the left, arguing for minimum wage increases and top-bracket tax spikes. And she has always been behind a more clear-cut, authoritative foreign policy, a high level of military spending, and a tough-on-terror approach, even while serving under Presdent Barack Obama as Secretary of State and being hampered by his administration’s international placidity.

By these metrics, coupled with Clinton’s general business friendliness and understanding of international economic affairs, one could say the leading contender for the Democratic nomination is actually a moderate Republican, at least in the realm of fiscal and foreign policy—Clinton is a sheep dressed in wolf’s clothing. And even if these predictions of her economic friendliness, based on her pre-Sanders platform and her history, turn out to be nothing more than wishful thinking, there is the matter of international safety and stability to consider. At some point, though this should not be the case, voters may have to sacrifice allegiances to a certain type of domestic agenda in order to elect a president who is qualified to represent America on the global stage.

The greatest danger facing this country is a not another financial collapse, but a collapse in American prestige on a global level, and the military conflicts that might erupt from heavy-handed, Trump-style diplomacy: full-scale ground war in the Middle East and the escalation of territorial tensions with China. The international community is watching this election with a combination of disbelief and concern. At some point, conservative voters have to understand that the current relative stability of the global system is at stake in this election. Basic diplomatic relationships and alliances that we take for granted might not survive a Trump presidency—conflicts that we can’t even conceive of now might be born. Clinton, on the other hand, is an internationally respected figure who knows how to navigate the American political scene and the international system.

America under Clinton might not flourish economically the way it would under a true, avowed fiscal conservative, but it would certainly be safe. And as unfortunate as this choice is, conservative voters should consider crossing the aisle in November. Perhaps we won’t see economic recovery at the pace we desire, but we also won’t see the collapse of the modern world order. That’s a tradeoff some of us will be willing to make.