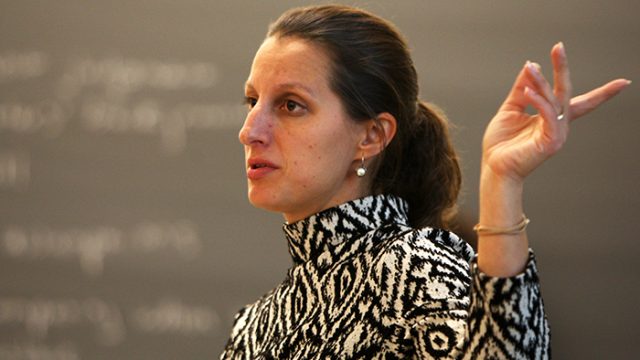 Jessica Chicco, supervising attorney of the Post-Deportation Human Rights Project, showed a five-minute video originally published by The Guardian about immigrants from Central America who were deported after immigrating to the United States. Tuesday evening, Chicco led an interactive workshop called Immigrant Lives & Realities: A Look at Greater Boston and Beyond. It aimed to educate the attendees about the lives of immigrants to dispel stereotypes. The video talks about the struggles many immigrants, especially asylum-seekers, face moving to the U.S.

After watching and discussing the video, Chicco presented a slideshow that explained the different types of immigration statuses an individual can have. She emphasized that the term “undocumented immigrant” should be used as opposed to “illegal immigrant.”

“Not illegal, simply because an individual cannot be illegal,” Chicco said.

The workshop, which was hosted by the Boston College Center for Human Rights and International Justice, PULSE, and 4Boston, began with the participants setting out rules for how the event was to proceed in order to make sure that everyone’s thoughts and opinions were respected and heard. These rules included assuming good will and assuming that other people don’t have the same knowledge as you.

She then went on to talk about deportation, including the circumstances that lead to it and the basics of the process. She focused on the struggles immigrants confront when faced with the possibility of deportation, such as not being guaranteed or provided a lawyer. Chicco also spoke about young children having to go through the deportation process completely alone.

“You run into people with Ph.D.s from their home countries who are working as janitors, perhaps because they don’t have the language skills or because it doesn’t transfer.”

For the second portion of the workshop, the attendees were divided into four smaller groups and rotated through four different group activities.

The first activity asked the participants questions about immigrant statistics in Massachusetts, such as the percent of immigrants from Latin America and the amount of state and local taxes paid by undocumented immigrants. For most of these questions, the guesses were far from the actual numbers. The aim of this activity was to show the different stereotypes and realities, and how stereotypes can affect people’s thinking.

Following the statistics activity, there was an activity focused on the emotions and feelings of immigrants. Participants each wrote a list of emotions and difficulties an adult and child would face as immigrants. The group then discussed both adult- and child-specific problems immigrants face, like job hunting and adjusting to a new school system.

The third station began with the participants taking five minutes to read the stories of four different immigrants. The group then discussed the stories and considered questions about them. Out of the four stories, only one, the story of a refugee from Rwanda who now lives in New Hampshire, could be classified as having a classic, happy ending. Each of the other three stories told of hardships immigrants face, including deportation, blockages to citizenship, and being an undocumented immigrant.

For the final activity, the group members were asked what other questions they had about immigrants that were not touched upon during the workshop. The questions were written down and a few that could be answered briefly were explained.

Chicco concluded by remarking that even if immigrants aren’t deported, they still face injustices in the U.S.

“You run into people with Ph.D.s from their home countries who are working as janitors, perhaps because they don’t have the language skills or because it doesn’t transfer,” she said. 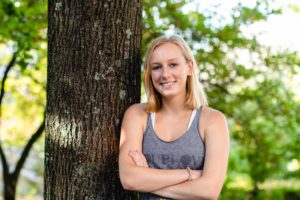 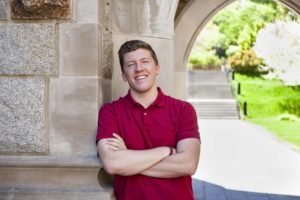