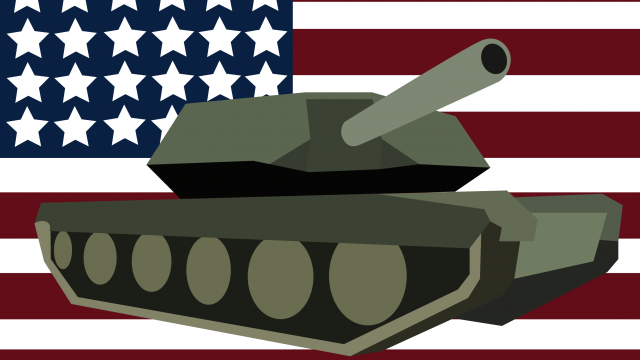 President Theodore Roosevelt loved to say, “Speak softly, and carry a big stick.” This West African proverb concisely and effectively espouses a dominant school of thought in United States foreign policy, one that prescribes a blunt Machiavellian style of realpolitik. Force is an effective form of deterrence, coercion, and persuasion, and America’s Commanders in Chief, both before and after Roosevelt, have adeptly used their big stick as leverage and bargaining power at the negotiation table.

From the Civil War-era to gunboat diplomacy to the World Wars and Cold War to present, the U.S. has utilized a big stick—hard military power—to aid with negotiating and diplomacy. Obviously, the degree to which the country leans on these two proverbial strategies—using a stick and/or speaking softly—has fluctuated, with the country opting in some periods of its history to entirely forgo one in favor of the other.

Striking a balance between these two elements is key. If the U.S. leans too far toward reliance on hard power, then it will find itself wading into tricky waters, such as the aggressive territorial expansion and low-key neocolonialism that has characterized much of the nation’s history. These campaigns are contrary to the moral beacon of human rights, democracy, and freedom that America tries to represent. On the other end of the spectrum, spineless states, with their hands bound by lacking means of force, have fared poorly in the arc of history.

The U.S. military out-muscles any other in sight, on this planet at least: it has nearly $600 billion  to spend annually, which ensures that we are armed to the teeth. Sure, nuclear weapons are a great equalizer, but to date they’ve been more of a deterrent.

America also projects a considerable degree of soft power, which Harvard’s Joseph Nye coined as “the ability of a country to persuade others to do what it wants without force or coercion.” Think about the range of influence that some American companies—such as Coca Cola, Facebook, Apple, and Exxon Mobil—can project, as well as their market access. In many cases and places, these companies’ power eclipses that of states, to the point that Time, The Guardian, and Foreign Policy have poised the question: “Are Companies More Powerful Than Countries?” And this is to make nothing of the reach of Beyoncé or Bieber, the near-monopoly on mainstream filmmaking that Hollywood enjoys, and the internationally sought-after prestige of American universities.

In short, this matters because it allows the U.S. to dangle carrots rather than solely rely on its high-budgeted, state-of-the-art stick. All of this is presumably a good thing, since actors on the global stage are more and more able to avoid force and conflict while still seeking to further their interests at the bargaining table.

The further we get from a Hobbesian world, where life is “solitary, poor, nasty, brutish, and short,” the better. Locke’s social contract was a great start. The Treaty of Westphalia was also important because it normalized statehood. Yet it did not stop war, territorial expansion, or colonialism, and we are nowhere near what Kant and liberal internationalists might hope for, a cosmopolitan community where common humanity prevails over national, religious, or ethnic differences.

Parts of the world are balkanized as ever, with much of the MENA region embroiled in internecine fratricidal conflict. Unfortunately, billions of Muslim voices are being drowned out by extremist offshoot cells and jihadis that, despite being Muslims in name only, are the loudest voice in the proverbial room. In Syria, horrific crimes against humanity have been committed with off-putting regularity for years, so much so that it’s basically become institutionalized.

In the 1990s, Samuel Huntington put forth a “Clash of Civilizations” worldview, a particularly insidious prediction “in which the great divisions among humankind and the dominating source of international conflict will be cultural,” and the Islamic world is assigned its own distinct cluster that is directly at odds with the western world. With Clash of Civilization adherents stepping into power, such as Trump Svengali Stephen Bannon and popular far-right European leaders Geert Wilders and Marine Le Pen, 2017 is breathing new life into this idea.

In this age of political upheaval, the people ascending to positions of power are the type to have no qualms with using their huge stick to poke around, with talk coming later, if at all. It feels like we’re resetting to the times of autarky and monarchs ruling with a heavy hand and large stick, without regard for others. Increasingly, the U.S. and the European Union seem to have no hope of leading the global community or using multilateralism and international institutions, and leaders are explicit about their disdain for global cooperation.

This stick-speak dynamic is important in the Trump administration’s budgeting plans, which give short shrift to the State Department and other key arms of U.S. diplomacy, and big bucks to a military that really doesn’t need that much of a boost. Over 120 retired general and admirals wrote to Trump that “the State Department, USAID, Millennium Challenge Corporation, Peace Corps and other development agencies are critical to preventing conflict and reducing the need to put our men and women in uniform in harm’s way.” They also quoted Trump’s Defense Secretary, James “Mad Dog” Mattis, who remarked in 2013 that “If you don’t fully fund the State Department, then I need to buy more ammunition.”

Still, somehow Trump seems to think he can just funnel money into the military, at the expense of basically everything else. The jury is out on what his next steps in Syria are, after raining nearly 60 Tomahawk cruise missiles down on Syrian government targets, but one thing is certain. You can’t just overfund the military and use it to make bad things go away. It isn’t zero-sum, and we can’t solve our problems with a stick alone.