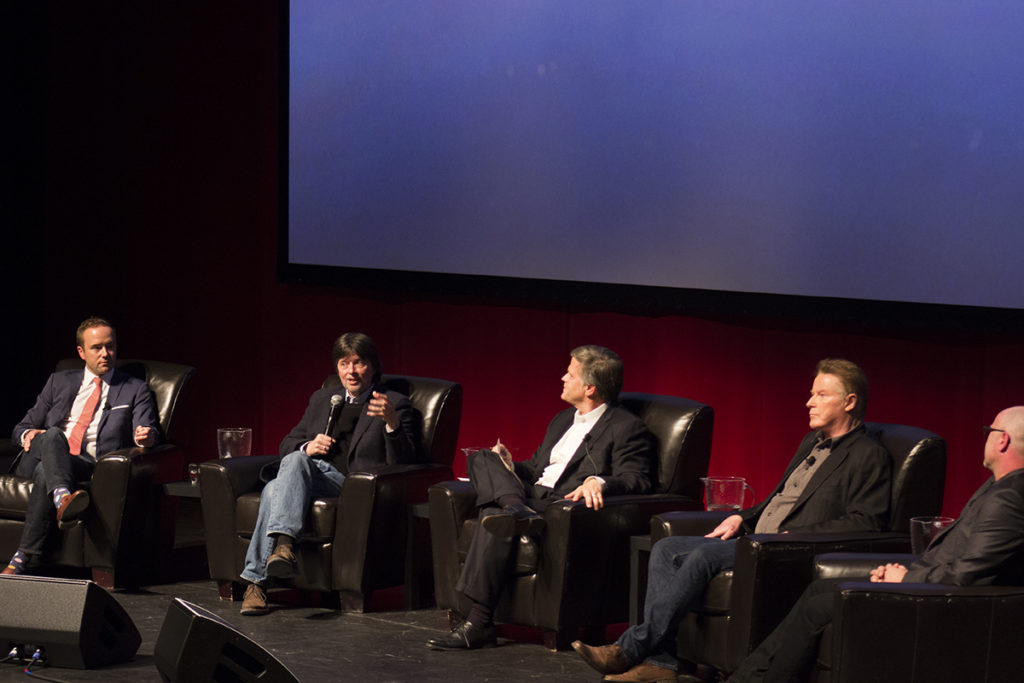 A reflective tranquility pervaded the room as the lights of Boston College’s Robsham Theater dimmed for the premiere of Walden, a brief documentary about the deep connection between the Walden Woods of Concord, Mass. and Henry David Thoreau. The opening shot of the documentary film panned to the scenic Walden Pond, accompanied by the serene sounds of the now-preserved land, which inspired Thoreau’s most acclaimed book.

Footage of the expansive land surrounding the pond and the humble house where Thoreau lived at the time portrayed the simplistic beauty of Thoreau’s philosophy, which advocates for simple and mindful living. The documentary provided a brief history of Thoreau’s life, who was born on a small farm in Concord in 1817 and later studied under lauded American writer Ralph Waldo Emerson at Harvard University.

The preservation of Thoreau’s dwelling and the fruition of the subsequent documentary would not be possible, however, without the conservationist efforts of an unlikely figure, classic rock legend and founding member of Eagles’ Don Henley. Henley is the founder of The Walden Woods Project, a non-profit organization with the purpose of preserving “the land, literature, and legacy of Henry David Thoreau to foster an ethic of environmental stewardship and social responsibility,” according to the foundation’s website.

During the Q&A session that followed the premiere of the 20-minute documentary, Henley attributed his passion for the project to the deep sense of comfort and contemplation Thoreau’s Walden provided him with during the “summer of ’69,” a classic rock pun which he did pair with a nod to his friend Bryan Adams. While Adams’s “Summer of ’69” was a carefree time of self-discovery, blossoming love, and “the best days of [his] life,” Henley struggled with the illness of his father, which caused him to spend much of his time clearing his mind at his own Walden, Caddo Lake in his home state of Texas.

Henley also credits the works of Thoreau with impacting how he approaches songwriting. His account provides listeners with a paradoxical view of the Eagles’ music. The band in their later stage was recognized for electrifying hits like “Life in the Fast Lane” and “Heartache Tonight” and gained notoriety for the tumultuous relationships between members, but the music itself is the product of calm contemplation.

In the early 1990s, Henley saw that the land surrounding Walden Pond was in jeopardy of being used to house an “office park,” Henley’s favorite oxymoron. This prompted Henley to thrust himself out of his comfort zone as a “rock star,” a name he jokes he will punch you in the face for giving him, and into the world of activism and conservationism.

The documentary alludes to the application of Thoreau’s philosophy to modern life and encourages viewers to find their own Walden, a place to return to for reflection in daily life. In light of a new era of unrest and protest in America, the documentary touched on Henry David Thoreau’s teachings about activism and advocacy, which he believed started with an evaluation of how the individual lives his everyday life. Perhaps fittingly, the premiere event was held on Nov. 8, the one-year anniversary of the day East Coast inhabitants learned the result of the 2016 presidential election, which has since ushered in discomfort on both sides of the aisle. Thoreau is best known for his advocacy through his 1849 Civil Disobedience, which was praised in the latter section of the documentary for its ability to inspire world leaders such as Mahatma Gandhi and Dr. Martin Luther King, Jr.

The audience, which was an older crowd full of prominent scholars, took the opportunity to ask the panel, which was mediated by CNN Presidential Historian Douglas Brinkley and included directors Christopher and Erik Ewers, Burns, and Henley, about how to approach modern issues such as climate change and racial inequality in the context of Thoreau’s philosophy. The panel echoed the documentary, which explains Thoreau’s teaching that the reformation of society starts with the reformation of self, a reiteration of the importance of self reflection.

The panel also discussed the actual production of the documentary, which was challenging in that the abstract message of Thoreau’s Walden is nearly impossible to comprehensively encompass in such a short film. Further, the Ewers brothers noted that they wanted to portray the life of Thoreau “tastefully,” and took the approach of focusing on the cabin and objects in the cabin rather than assigning a character to play Thoreau. Objects of focus included a small bucket of ripe red apples and the reflection of light filtering in through the paneled window on the wall, making for striking cinematography. These objects embody the elements of nature and the impressive extent to which Thoreau lived off the land in the Walden Woods.

Walden, the documentary, will be on display at the visitor center at Walden Woods, a location more than half a million people visit annually to learn about the life and legacy of Henry David Thoreau and transcendentalist philosophy as a whole. While the short documentary is effectively inaccessible to larger audiences, Henley teased he may be open to a larger preservation project in the years to come. 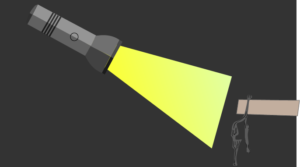