This Christmas, cozy up to the fire for a fun, family-friendly holiday romp filled with copious violence, PG-13 language, and … Mel Gibson? Daddy’s Home 2 has all three, and so much more. Live, laugh, and learn all about good parenting while watching talented actors do their best to phone it in.

Daddy’s Home 2 opens on the apparently happy family life of the Whitaker family. Brad Whitaker (Will Ferrell) shares his family with the biological father of two of his children, Dusty Mayron (Mark Wahlberg). Brad and Dusty are living the “co-dad” dream. They exist happily together, trading Dusty and Sara’s (Linda Cardellini) children, Megan and Dylan, back and forth between houses. What’s more, Dusty has begun to get a taste of life as a stepfather. He has married Karen (Alessandra Ambrosio), and has become stepfather to her daughter, Adrianna.

The holiday season is quickly approaching, and the biggest conflict yet has been whether Dusty should bring store-bought baked goods or homemade snickerdoodles to the parents meeting. But, everything changes for Daddy’s Home 2 when Brad and Dusty’s respective fathers arrive for the holidays. Brad and his father Don (John Lithgow) get along wonderfully, even if their affection is a little over-the-top sometimes. Dusty’s father Kurt (Mel Gibson), however, has invited himself over for the holidays, and his tough-love, school-of-hard-knocks approach to parenting creates the main conflict for the film. Everyone’s apparent unease with Kurt is actually probably due to the actors’ real unease with having Gibson on set. Daddy’s Home 2—an unlikely place for the practice of method acting.

Tensions are ramped into high gear when Kurt rents a mountain home on Airbnb for the entire extended family to stay for the week leading up to Christmas. From here, Daddy’s Home 2 plays out as one might expect. Kurt stirs trouble for Brad and Dusty, the children squabble, Brad and Dusty bicker and fight, everything works out with a heartfelt and emotional scene, and John Lithgow and Linda Cardellini collect a paycheck.

Daddy’s Home 2 tries to manufacture additional conflict with Dusty’s inability to control his stepdaughter, and with the eventual discovery of Don’s divorce from Brad’s mother. These plotlines are mostly abandoned, however, until the last possible chance to be played for a gag. There are funny moments throughout the movie, but much of the film’s humor comes from slapstick gags. Ferrell’s character is bruised, beaten, and nearly killed while Wahlberg’s character remains the static superhero. Any scene with Gibson is tinted with a feeling of discomfort, as Gibson should probably be kept away from the child actors.

Some of Daddy’s Home 2’s best moments, however, come with the last-minute gags for the aforementioned abandoned plotlines. During Brad and Dusty’s period of conflict, Brad calls Adrianna’s biological father to the house. Rolling up in a lifted pickup truck, guitar chords soar as Roger (John Cena) emerges from the car. Cena is a surprisingly comedic actor, even when playing the antagonist. With the arrival of 13-time winner of the WWE Championship, Dusty is treated to a similar experience as Brad in the preceding film, Daddy’s Home.

The second abandoned plotline, Don’s divorce of Brad’s mother, also garners one of the biggest laughs of the movie. This laugh, unfortunately, comes right at the very end. Brad and Dusty are seeing their fathers off at the airport, and waiting to pick up Brad’s mother and new stepfather for the rest of the holiday season. After Don and Kurt depart, Brad’s mother and new stepfather come down the escalator. Brad’s new stepfather is revealed to be Chesley “Sully” Sullenberger, the airline captain who landed Flight 1549 on the Hudson River, saving the lives of all 155 people on board. Sullenberger is played by himself, and is just as nice, professional, and incredible as Sully made him out to be.

Unfortunately, the few available laughs (and the late addition of Cena and “Sully” Sullenberger) don’t do enough to save Daddy’s Home 2 from itself. The film is bogged down by unfunny moments played for laughs, disingenuous performances from nearly everyone involved, and most of all, Gibson. His appearance has been harped on multiple times in this review, but it becomes nearly impossible to separate this actor’s work from his comments on women, black people, the LGBTQ+ community, and Jewish people. In films like The Expendables 3, Gibson’s appearance is more forgivable, but in a holiday comedy like Daddy’s Home 2, it truly feels like Gibson was simply let loose on screen, and truly believes in his lines of dialogue about “women’s place in the home” and about Brad’s heartfelt and caring approach to parenting.

Even aside from Gibson, Daddy’s Home 2 is still one more unnecessary comedic sequel with a holiday twist. Regarding the current comedies in theaters, Daddy’s Home 2 may be a better alternative to Tyler Perry’s Boo 2! A Madea Halloween, but Thor: Ragnarok has real laughs and, what’s more, a lot less offensiveness. 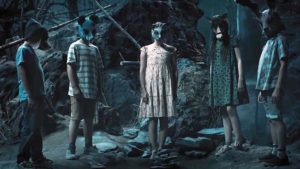 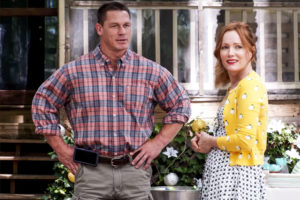 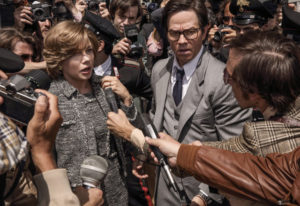