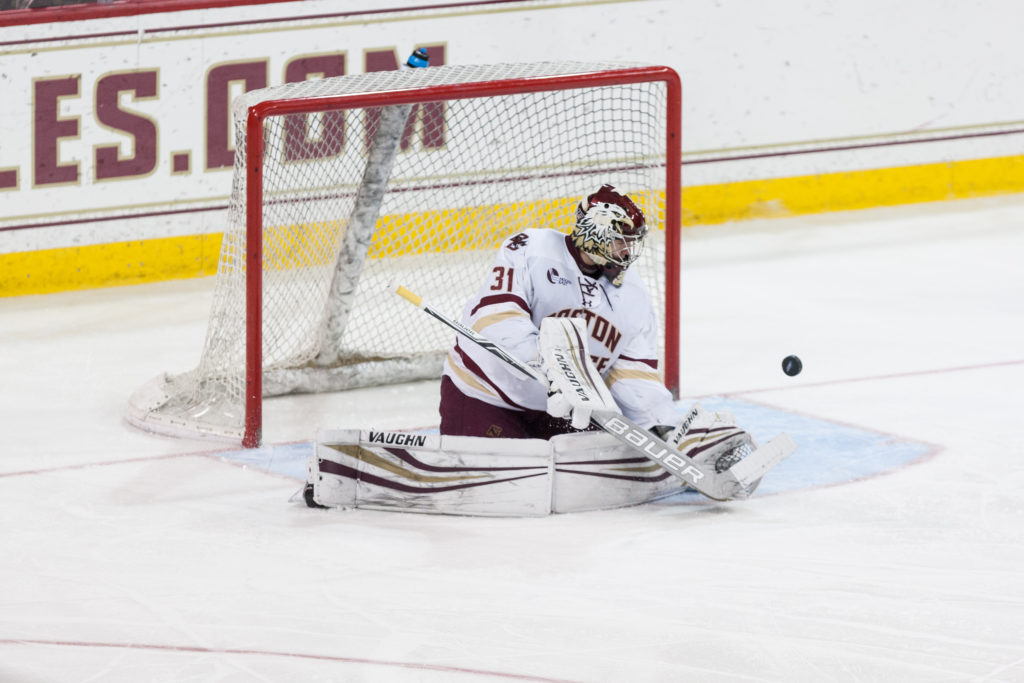 Boston College men’s hockey will again be on the international stage this winter.

Goaltender Joseph Woll and center Aapeli Räsänen have been selected for preliminary rosters in the 2018 International Ice Hockey Federation (IIHF) World Junior Championship. Woll, a St. Louis, Mo. native, was named to Team U.S.A., while Räsänen was chosen for Team Finland. Associate head coach Greg Brown was also named an assistant coach for Team U.S.A. for the third time in his career.

Both players represented their respective countries in this tournament last year, and are favorites to return to the full 23-man roster, which is expected to be named on Dec. 23. World Juniors will take place from Dec. 26, 2017 to Jan. 5, 2018 in Buffalo, N.Y. The trio will likely miss the Eagles’ home matchup against Connecticut on Dec. 30. If either the U.S. or Finland reaches the tournament’s title game, those players will likely miss the Ice Vegas Invitational on Jan. 5 and 6 against Michigan Tech and Arizona State/Northern Michigan.

Seven members of the 2017 U.S. National Junior Team that won gold last year will return along with Woll. Among them are two Boston University players: forward Patrick Harper and goaltender Jake Oettinger. Last year, BC had five players on participate in the tournament: Colin White and Casey Fitzgerald joined Woll, while Jesper and Julius Mattila played for Finland. Team U.S.A. has won gold three times in the last decade—2010, 2013, and 2017—and bronze twice—2011 and 2016. Meanwhile, Team Finland has won gold twice (2014 and 2016) during that span.