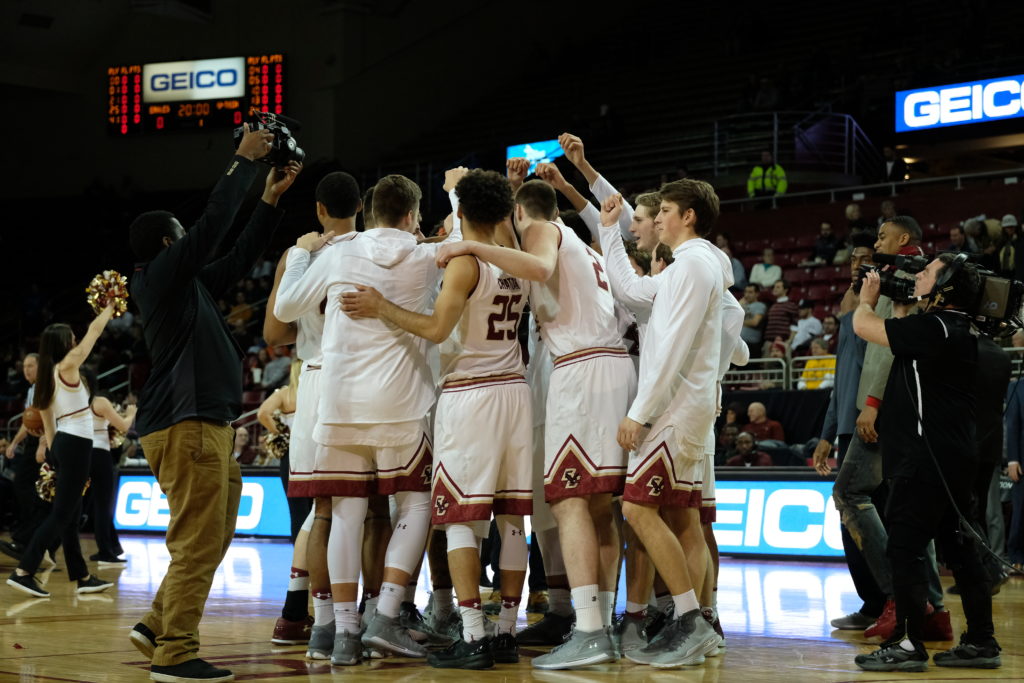 On Monday afternoon, Boston College Athletics announced that Chris Herren Jr. has signed a financial aid agreement with the school and will join the men’s basketball team this fall. His father is a former NBA guard whose own BC career was hampered by repeated failed drug tests. Herren’s subsequent battle with substance abuse and recovery became the subject of Unguarded, a 2011 episode of the award-winning ESPN documentary series 30 for 30.

Herren Jr., a 6-foot-3 guard, was originally a Class of 2019 recruit, but reclassified and enrolled in summer classes at BC to be eligible for the start of the 2018-19 season. According to ESPN’s Jeff Borzello, he won’t be on scholarship as a freshman.

“We are excited to add Chris to our program,” head coach Jim Christian told BCEagles.com. “He is a dynamic scorer who possesses a high basketball IQ. His ability to shoot from long-range and his playmaking ability will fit our playing style well.”

Herren Jr. began his high school career at Portsmouth (R.I.) High School and wasted no time making a name for himself, averaging approximately 26 points per game as a sophomore, en route to earning Providence Journal All-State honors. He spent his upperclassmen years as a prep player at Tabor Academy in Marion, Mass. Both seasons, he put up monster numbers, establishing himself as one of the state’s premier scorers.

This past year, Herren Jr. logged 23.0 points, 6.0 rebounds, and 4.0 assists per game, all while shooting 42 percent from downtown. Not only was he potent, but he was also incredibly consistent. In fact, the Rhode Island native eclipsed the 20-point mark in 70 percent of Tabor Academy’s games. Herren Jr.—a 2017-18 New England Preparatory School Athletic Council All-Class A selection—was a major reason why the Seawolves went 17-7 and made a run to the NEPSAC Class A semifinals.

Herren Jr. will add depth to one of the thinnest backcourts in the ACC. Last season, Jerome Robinson, Ky Bowman, and Jordan Chatman averaged 36-plus minutes per game. Christian didn’t have much of a choice. Of the five other guards on the roster, four were walk-ons. Without Robinson, Herren Jr., along with incoming three-star recruit Wynston Tabbs, will likely play a role as a reserve—at least in some capacity—this season.