Boston College is launching the first Student Experience Survey next week, the University announced Thursday morning in a release. Survey data will be available this spring, with more “segmented analysis and extensive reporting” available in fall 2019.

“The survey will seek input from students on a range of campus experiences, including diversity and inclusion, faculty-student interactions, and services to BC’s 9,300 undergraduates,” according to the release.

Student Affairs, University Mission and Ministry, and the Office of the Provost are sponsoring the survey, which will be administered by the Office of Institutional Research, Planning, and Assessment. The survey will be confidential and take 15 minutes to complete, according to the release. It will cover a “wide range of areas and is designed specifically for Boston College” according to Kelli Armstrong, vice president for planning and assessment.

A student experience survey was among the demands put forward last fall by students who organized the “Silence is Still Violence” demonstration in response to multiple racist incidents  on campus. The DiverstyEdu module introduced this year was another of the demands. The release cites the incidents as the primary reason administrators and Undergraduate Government of BC leaders of the Undergraduate Government of BC agreed to conduct a student experience survey. The Black Eagles, led by anonymous students who have only identified themselves as advocates for minority populations on campus, included the need for a student experience survey in their demands sent to  of administrators last week after they organized the “die-in.”

Issues pertaining both to the classroom and outside of it will be a part of the survey, which was created by a “university-wide committee,” according to Armstrong.

“The Student Experience Survey is a vital tool in assessing the campus environment,” interim Vice President of Student Affairs Joy Moore said in the release. “The feedback from students will help us to identify areas where we are doing well, as well as those areas where we should focus greater attention.”

Provost and Dean of Faculties David Quigley noted that he hoped the data would help his office better understand students’ perspectives on interactions with faculty “from an academic, personal, and vocational perspective.” Quigley also said that the survey will cover student opportunities to research with faculty, as well as receive advising and mentoring from professors.

“It is very exciting to see our administration deliver on the idea of a Student Experience Survey that will holistically assess the wide spectrum of lived experiences at Boston College,” Reed Piercey, UGBC president and MCAS ’19, said in the release. “I believe this is an important milestone in gathering specific feedback on the elements of life at BC that impact undergraduates in both fulfilling and challenging ways.”

Piercey said he expects a strong response from undergraduates, who he believes are eager to offer feedback on their experience at BC, according to the release. Armstrong asked that all students “take the time to complete the survey” in order to get the school’s entire perspective on the issues that concern them most. 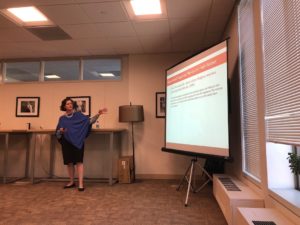