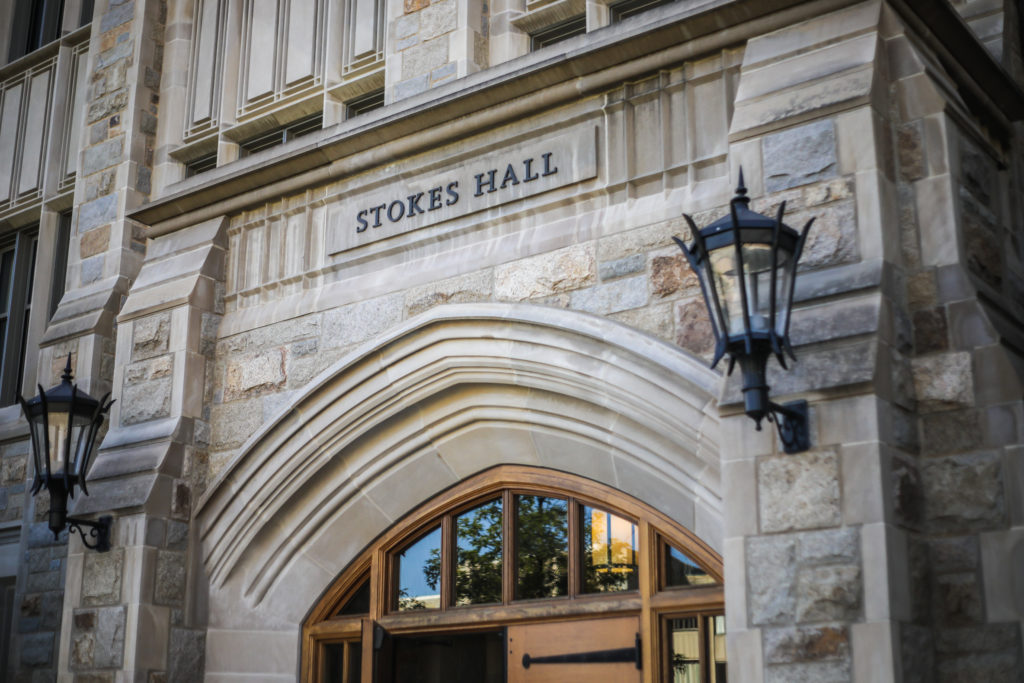 “This was 1986-87,” she said. “It was the height of the sanctuary movement, which was a time when immigrants and migrants from Central America were being denied asylum in the country. … That’s when I became interested in immigration policy and refugees, even before I was thinking about studying the health care system and even before I became a historian.

Hoffman began her lecture with the story of Rosa Maria Hernandez, an undocumented 10-year-old girl with cerebral palsy. Immigration agents detained her outside her hospital room after a surgery.

“This action violated the border patrol’s official policy on sensitive locations and sent a clear signal that under the Trump crackdown on immigration, hospitals and health care facilities would no longer be off limits to immigration enforcement,” she said.

Hoffman said that an economic context is important in understanding immigration. Immigrants of all backgrounds have been consistently feared in the United States, yet the American economy consistently demands immigrant labor, she said. She noted that countries in Latin America were excluded from immigration quotas during the 1920s because the agriculture industry needed a cheap labor supply. When the Great Depression came, Mexican immigrants were suddenly targeted for deportation.

“What happened next brings us back to the theme of health care as a tool of exclusion,” Hoffman said. “Anyone of Mexican origin using health facilities was targeted for deportation.”

This led to immigrants not receiving the health care they needed because of the fear of being deported, according to Hoffman. To combat this, immigrant groups founded health clinics and medical plans that provided medical care to immigrants.

“Due to the existence of this right [to emergency health care], anti-immigrant groups often complain that undocumented people are flooding U.S. emergency rooms” Hoffman said. “But a recent study showed that undocumented patients do use ERs, but only at about half of the rate of U.S. citizens.”

Another place where undocumented immigrants can receive health care is at federally funded health clinics and centers, which do not ask for citizenship status. But while these places to obtain medical care exist, access to medical care does not necessarily equate with receiving that care.

“While they don’t exclude, they’re also not completely accessible,” she said. “Many of them charge fees, they don’t offer comprehensive of specialist care, and many have really long waiting lists.”

In addition, she noted that health clinics and centers are not everywhere—her own hometown in Illinois is nowhere close to a clinic. That lack of access affects immigrants’ ability to obtain care as well, according to Hoffman. She said that this system leads to negative health consequences for many who can’t access healthcare or are too afraid of deportation to seek it out.

“Even if willing to seek them, which many immigrants are not, all of these options together do not come close to providing any sort of comprehensive access to care,” she said. “We see the outcomes of this when immigrants finally come to the emergency room with advanced stages of conditions like cancer and diabetes and kidney disease.”

“It’s hard to exaggerate the significance of this change in the immigrant rights movement since 2009,” she said. “Health care has not been a top priority for the movement but more and more we are seeing a connection of immigrant and healthcare rights, and the idea of health care as a human right.”