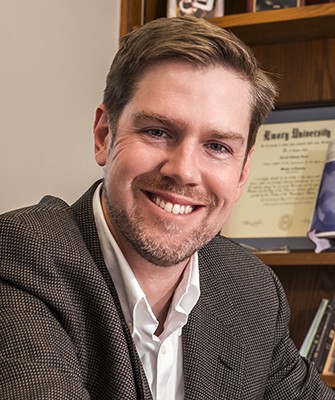 TechTrek Program to Expand to Ireland

Every year, 24 Boston College students embark on a spring break trip to Silicon Valley. Over the course of a week, they visit technology companies such as Google and Facebook in order to meet with high-level executives, attend panels, and get a glimpse into how the ever-expanding world of technology and information systems functions and changes.

The program, TechTrek West, is organized through the Edmund H. Shea Jr. Center for Entrepreneurship and was launched by information technologies professor John Gallaugher in 2007. The trip is the culmination of a semester of work in the competitively admitted TechTrek course. This year, the first iteration of TechTrek East took students into New York City and Boston. The program is expanding to include a trip to Dublin next academic year during winter break.

A typical visit to a corporation on TechTrek consists of a meeting with the highest level BC alumni that are available.

“So then usually what we’d like to do is an alumni panel,” Jerry Kane, trip coordinator and information systems professor said. “So we’ll have, normally, four or so alumni at various stages of being out of BC, many of whom are actually TechTrek alumni who got turned onto tech because of this trip.”

These panels also feature a keynote address by the highest-ranking or senior-most individual that can meet with the students, BC alumni or not. Such speakers have included Paul Schiller, Apple’s senior vice president of worldwide marketing and BC ’82, and MetLife CMO Esther Lee.

“One of the true joys I have of teaching this class is watching the executive’s face change when the students’ questions get asked,” Kane said. “Because they’re used to such softball questions, like ‘Oh, tell me about your company.’”

Within the course itself, students are expected to tweet at least four times a week about technology news and the companies they plan to visit. Students also give presentations on the tech companies throughout the semester.

In the second half of the class, coursework focuses on business issues relevant to the companies, including emerging technology, venture capital, and ethics in artificial intelligence and other technologies. The final exam asks students to create three questions pertaining to this material, which they then take with them to ask the executives.

“Part of my job is getting the students up to speed to ask these questions,” Kane said. “These students are brand ambassadors for BC, so they have a really high standard to live up to, because for 10 years, Professor Gallaugher brought up these great groups of students on these trips.”

Kane added that the standard has become especially high for his students, because the alumni they meet often comment that the TechTrek students have been among the best and most well-prepared groups they encounter.

“It’s a great opportunity for undergrads and executives to learn from each other,” he said.

The TechTrek East trip followed a similar formula as its west coast counterpart, although the group also took advantage of the financial tech firms in New York City. Although the East trip was shorter than West, Kane didn’t see any difference in the quality of the two trips.

“We actually saw the same amount of companies in three days in New York as we did in San Francisco, just because of the compact nature of it,” he said. “It was very brutal.”

Kane’s long term goal is to introduce a new location every year until there are six trips per academic year: two trips on the west coast, two on the east coast, and two abroad. The winter break abroad trip will be to Dublin, a city with a unique connection thanks to BC Ireland, which provides study abroad programs and summer internships.

Dublin has also undergone efforts to attract tech companies in recent years through low taxes and a favorable regulatory structure for businesses. This has been largely successful, as companies like Google, Facebook, and HubSpot now have headquarters there.

“Lots of places go to Shanghai, lots of places go to Beijing, or Dubai, or other places in Europe,” Kane said. “And we might add some of that in the future. But Dublin, for us, just given our unique partnership and heritage, makes it a very good strategic position.”

The class is open to undergraduate students from all schools and Kane encourages new students join for each trip.

“Having this exposure to top business leaders, who say where they see the world going, where they see business going is going to help you prepare for your career, which I think is invaluable,” he said. 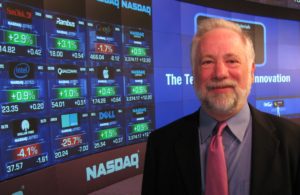