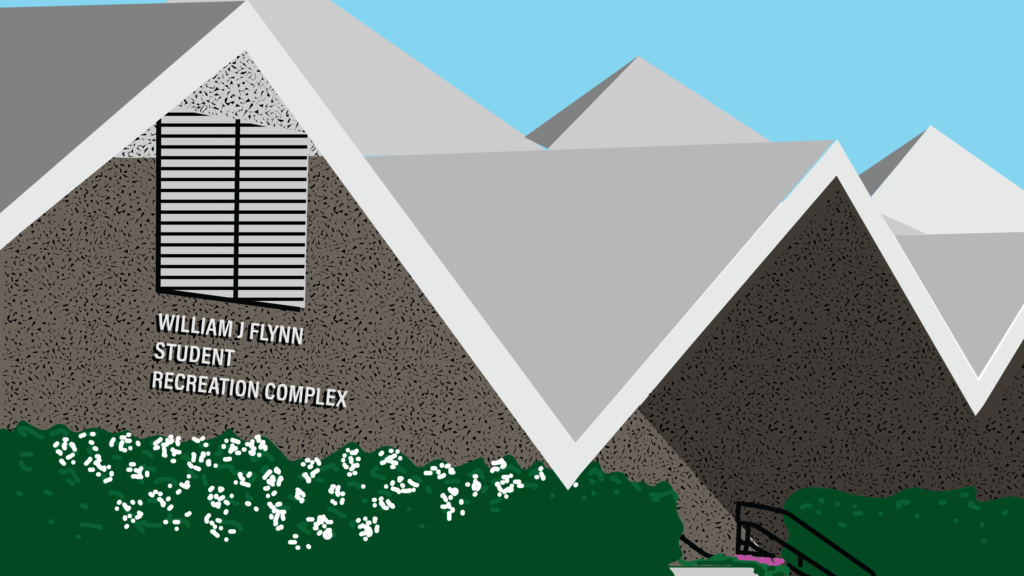 The Flynn Recreation Complex takes a lot of heat from the student body regarding the quality of the facility. There is a lack of air conditioning, the locker rooms are atrocious, and sometimes I feel like the roof could concave. Despite this, as a tennis player at Boston College, the Plex has become my home. Everyday, I, along with my 11 teammates, head out to the courts for practice.

Each one of us brings something special to BC Athletics. Whether it be a tennis skill, an uplifting attitude, or strong support, we all give our best efforts to the team and to one another. In my past two years playing tennis at BC, I have learned a lot about what it takes to be a good teammate. The inner workings of a team have proven to be more complicated than I would have thought, and the pressures to succeed academically and on the court can be overwhelming enough to make the best of us crumble.

All of my teammates come from different backgrounds and offer a different perspective of camaraderie. Bickering about who plays with whom for doubles and why someone didn’t run as fast during the sprints is a daily occurance, yet I have learned how to cope with the “office politics” and compromise. Despite whatever arguments may occur, there is no stronger union than when a teammate plays a match and has others cheering for her on the sidelines. The Plex rumbles as we shout and clap, and I can account for many lost voices through these experiences. We count on our teammates to coach one another through the frustrating moments, calm each other down when we are struggling to win, and cheer one another on when we need every ounce of energy to keep fighting.

Every year, we set out a list of goals for the upcoming season, the elephant in the room being the banner that hangs above the courts stating “NCAA appearances: 1998.” It has been precisely 21 years since we last clinched an NCAA Tournament berth. Each year, my desire for postseason play increases, but the competition heightens as well. It certainly isn’t easy competing in a conference as strong as the ACC, and with 12 women on the team, all competing for a spot in the lineup, tensions can run high. We are driven to succeed and with that mentality—each match becomes the most important of the season.

However, it isn’t easy when you’re facing adversity and disappointment and have to get back on your feet and do it all over again. Last weekend, we played Florida State, ranked 12 in the nation, and a national championship contender. Against all odds, down 3-0, we began a comeback, bringing the match to a tie at 3-3. The last match was pushed to the final third set. As my teammate was playing, the rest of us stood in a line on the sideline, some barely able to look because of the anxiety, others chanting, their voices heard throughout the Plex.

Despite our best efforts, we lost the match 3-4, another heartbreaking defeat. It seems like we get so close every time, yet can never manage to tip the scale in our favor. It’s not like we have never played our opponents before, and even beaten them in the past. Each one of us competed in the same national junior circuit known as the United States Tennis Association, and we all hold wins against the top players in the country. But college tennis is not only about past wins or even individual victories—it takes four matches to win an entire match. It has proven difficult to continue wanting to go to the Plex for practice and into Conte Forum to train after a disappointing loss, but we do it together as a team and push each other in the hopes that we’ll string together an ACC win streak and finally prove that we can compete at the NCAA Tournament level.

Not many people realize how exciting tennis can be. There is no adrenaline like rushing to the net for a drop shot, or playing a tiebreaker in the third set to win the final match. Not a lot of students at BC come to matches, but I know if they did, they would go to class the next day with a pretty harsh voice and no regrets for how they spent their Saturday afternoon.

The Plex, soon to be demolished, holds many memories for me and the team. The matches we will remember for years, ups and downs, learning to live, love, hate and support one another, as well as growing and maturing all manifested under that roof. I am excited for the Connell Recreation Center and all the upgrades it will bring, but the original Plex will always hold a special place in the hearts of the BC women’s tennis program and its alumni.