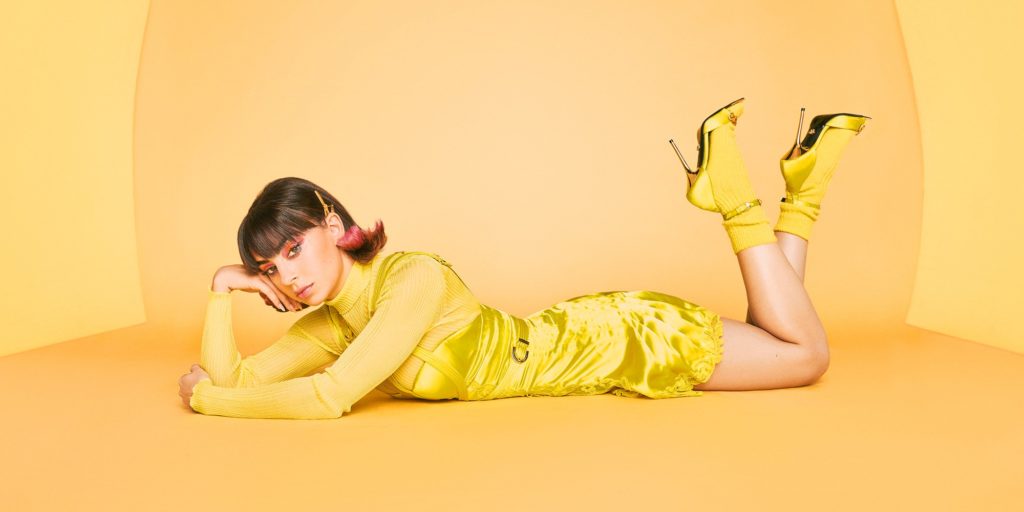 Charli XCX has never been all that conventional. Her aesthetic is a little out of left field, and she comes off as all over the place, incorporating a maximalist approach in almost everything she does. She knows the music business like few others, acknowledging with cynicism the realities of her field. But this knowledge pays off for her in many ways: She knows what sells.

Charli XCX has written undeniable pop hits like Icona Pop’s “I Love It,” Iggy Azalea’s grammy nominated “Fancy,” her own “Boom Clap,” to, more recently, Shawn Mendes and Camilla Cabello’s “Senorita.” But, on her third studio album, Charli, she ignores the mainstream, adding her own flair and character to her songs. She’s always connected with the pop sphere, but she works in ways to manipulate the makings of pop in her songs.

There’s a certain chaos in the music, but, with the help of producer A.G Cook, Charli makes it work. The production, mixed with the beautifully introspective lyrics, help the album soar. There’s a realness about her lyrics, a blunt, almost deadpan storytelling that brings authenticity to her words. A prime example of this is on the Christine and the Queens assisted track, “Gone,” in which she details a panic inducing party scene that leaves her reeling.

“I have to go, I’m sorry,” she claims, “but it feels so cold in here.” She goes on, making clear her realization that the people around her simply don’t care about her. She details with blunt vulnerability her feeling of isolation, surrounded by so many yet feeling so alone at the same time.

Overall, introspection is the ethos of this album. Tracks are filled with self-examination, vulnerability, and an openness that has become increasingly popular among pop stars in our time. She details her insecurities, her fears, and her relationships (with others as well as with her vices), examining the realities of her life with an openness and vulnerability that makes the record shine. The seemingly endless list of sonic inspirations for this album only add to the story, contrasting blunt lyrics with eclectic production in a way that only emphasizes the complexities of her life.

The thing that makes Charli XCX’s music so interesting is that she knows exactly what to do to make a hit: She knows the writing, production, and the subject matter that constitute a radio-friendly hit. She knows who to grab to catch the casual listener’s ear, and, from the outside looking in. With such a star studded tracklist, you’d imagine that she was looking to reach for chart topping status. But nothing about the album speaks to that: There is no pandering on this album, not to the radio or to listeners. It’s a raw album, in which each track speaks to her own struggles with a sense of relatability that will catch the ear of many of her fans. It’s a genuine album that sacrifices nothing in search of Charli’s desired end result. All in all, this album is about her and her fans, nothing else.

That’s the beauty of Charli: how real and unflinching it is at its core. Charli XCX isn’t perfect. She has good days and horrible days. She’s a flawed individual, but also one who is open to self-improvement. Charli works because she isn’t willing to put up a facade—she wants her listeners to understand who she is and what she’s about. She wants them to see her highs and lows, her individuality, and, overall, she wants them to understand who she is. Her mission is a commendable one, and her success in this no-wound-left-unopened portrayal of herself is what makes this album befitting of the pop mastermind behind it.