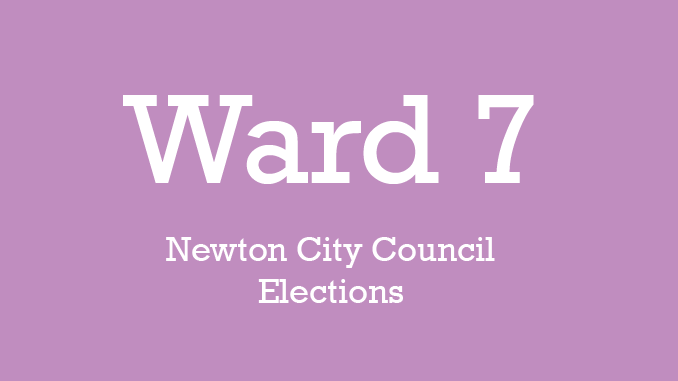 Lifelong Newtonian Marc C. Laredo is running unopposed to be Ward 7’s councilor-at-large—he is currently the president of the City Council. After living in Newton for 28 years and serving as councilor-at-large since 2012, his reason for running in 2019 is his deep care for the city and ward as an integral part of his life.

While he has been a councilor-at-large for many years he still maintains his career as a lawyer at Laredo & Smith. He said that his experience as a lawyer has only contributed to creating skills valuable to his role as counselor—he’s comfortable with rules and ordinances.

He said that one of the most important problems in Newton right now is seeing both sides of issues and thinking critically before reaching decisions. He sees the continued development and improvement of sidewalks, transportation, and schools to be important issues as well.

Laredo noted the importance of continuing funding so teachers can be paid to do their jobs—especially after the strikes this year—as well as rebuild facilities. He wants to create an environment where it is evident that education is a clear priority.

“Because I am hardworking, I care deeply about the city, and I have a proven track record of thoughtful leadership,” Laredo said about why he is the best candidate for the role.

Rebecca Walker Grossman is running for re-election for councilor-at-large in Ward 7. She has worked with the public schooling system by serving as the Council’s representative on the Lincoln Eliot and Newton Early Childhood Program Working Group, partnering with Mayor Ruthanne Fuller’s administration to bring renovated, first-class schools to the preschool and Lincoln Eliot Elementary students.

She said on her website that she hopes to continue working with the public school system, in large part because of her children, who are in kindergarten and third grade. In terms of the growth of the district, she noted that she hopes to maintain the fact that Newton is an inclusive district, welcoming people of all ages, cultures, and means.

Walker Grossman said she is a valuable asset to the ward, thanks to her past experiences as an assistant district attorney in Middlesex County where she was instrumental in implementing justice. Additionally, she’s served as an investment banker and showcased her ability to truly understand the finances in a way that will only benefit her constituents.

Walker Grossman also declared her intent this year to run for the 4th District House seat of Congress after former Congressman Joseph Kennedy decided to campaign for Senate instead of Ed Markey.

Lisle Baker has always found the government to be a part of his life. He was first influenced by his mother who worked for John F. Kennedy, and since then his life has consisted of service to the public. He’s worked for 35 years as a ward councilor in Ward 7.

He worked with forming the Walden Hill Reservoir which will soon become the only place in Newton where someone can go around a body of water in a wheelchair. Baker said that the creation of the widened path will start very soon this year, based on the weather. He also preserved the Durant-Kenrick Homestead, a project that was prompted by a constituent worrying about the large beech tree by their yard and saying “Lislie, save the tree.”

The house and the lot were going to be sold to be developed, but once he noted the historical significance of the home and the importance of preserving the history of Newton, he had it turned into a historical site. He said part of the reason why he does this job is to work with constituents and all of their concerns, noting that none of the interpartisianal clash accompanying national politics accompanies his work in Ward 7.

“A pothole has no politics,” he said.

While he acknowledged some of the issues with the clash between development and maintaining the local charm in Newton, he said he is hopeful for the future of Newton, due to continued activism and involvement on the part of the citizens in local government. Baker is optimistic his history will earn him the votes for Ward 7.

“I hope I have earned their trust over 35 years being helpful responsive and active,” he said.

Kathleen Burdette Shields has been a member of the community for a long time and has taken on a variety of roles, ranging from editing the Parent Teacher Organization’s weekly email letter to organizing other PTO events like a read-in for Respecting Human Differences event and grade-wide potluck dinners, according to her website.

She is currently running unopposed for school committee membership for Ward 7. She said that, as a parent with children in public schools in Newton, she is deeply invested in and understands the importance of a good education. Burdette Shields believes that she would be a valuable asset to the community, citing her negotiating skills and her ability to work collaboratively with large groups of people.

Burdette Shields was a senior trial attorney on the U.S. Securities and Exchange Commission and a litigation partner with the law firm of Choate, Hall, & Stewart LLP. She is a cookie coordinator for the Girl Scout Troop 62568 and a part of the coordination team for the office of Feds Feed Families food drive.

She has several goals for the school committee, including creating a school system that welcomes a diverse set of backgrounds and people, all while maintaining reasonable class sizes for the students, expanding social and emotional learning programs, looking at the results for special education programs, and monitoring these programs so they may be best adapted for the future.

She also notes the necessity of continuing to renovate and reconstruct schools in the ward for the future, even though the budget may be tight, which is one of the problems she anticipates. Burdette Shields wants to improve communication between the schools and community members. She aims to do this by increasing volunteering opportunities, encouraging public debate about the schools, and using the community as a way to generate new ideas about the schools.

Using her experience as a school committee member, she hopes to continue to serve her community in 2019.