“California Halo Blue” is the newest single from AWOLNATION, California native Aaron Bruno’s synth pop-rock solo project. It tackles devastation and disaster in an explicit way, openly discussing and referencing the intense wildfires that plagued Northern California in the summer of 2018.

“California Halo Blue” is an interesting musical departure from previous AWOLNATION songs such as “Sail” or “Handyman,” but the track’s experimental sound is characteristic of Bruno’s approach to his work. While it’s common to hear pop songs about the luxury of L.A. life and the success to be discovered in the paradise of the West Coast, “California Halo Blue” reflects on the pain and destruction of the deadly wildfires. Bruno sings over a melancholy guitar and driving beat, “Don’t forget about the trees and the birds / And the families / Humanity, now I can see the devil’s hold on this world.”

As these extreme disasters become more common and as climate change becomes an ever more urgent topic of conversation, “California Halo Blue” may be participating in a new wave of environmentally charged popular music.

The Weeknd’s new single “Blinding Lights” hits hard with familiar crooning vocals and a distinctly retro ’80s feel. The track feels new and innovative for The Weeknd, with vulnerable lyrics and killer synth keyboard runs. Coupled with “Heartless,” a more R&B-leaning single by the Weeknd also released at the end of November, “Blinding Lights” gives listeners hope for more hits to come.

“Trust3000” is the newest single from U.K. artist No Rome. The track, featuring up-and-coming R&B singer Dijon, is glistening pop with lyrical introspection. With the distinct electronic sound of The 1975, who No Rome has collaborated with in the past, “Trust3000” is a piece of perfect indie-electronic pop, solidifying No Rome as the next big thing in the genre. 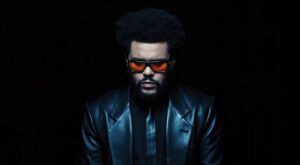 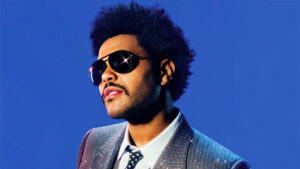