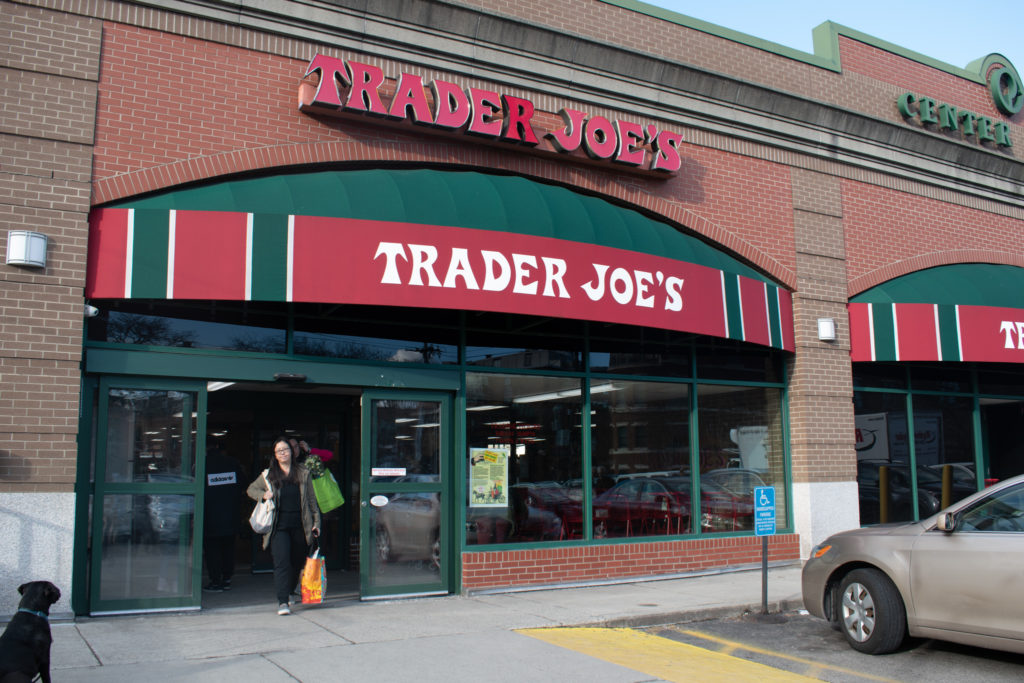 The new ordinance, which went into effect on Jan. 8, requires all establishments over 3,500 square feet to charge consumers 10 cents for every single-use paper bag provided by a store or restaurant, according to the Newton official city website.

After four years of banning all single-use plastic bags in stores and restaurants in Newton, the City Council looked to paper bags as the next step, according to Ward 1 Councilor-at-Large Alison Leary, who co-sponsored the ordinance.

“When we passed that four years ago, we were aware that people would likely switch to using paper bags, and, as you may know, paper has its own carbon footprint,” Leary said. “So, the reason why we didn’t add it right away is because politically it would have been difficult, and I wanted to get the plastic bag ordinance through quickly because we were using literally millions of bags. So we came back to it and added a fee, which has shown to be really effective in changing consumer behavior … ”

The charge is part of Newton’s efforts to reduce the city’s waste produced by single-use items, such as grocery bags, and move the city toward more environmentally conscious shopping, according to Leary.

“We hope that actually will see fewer and fewer retailers collecting the 10 cents fee and more and more consumers bringing their own bags and understanding that connection between consumerism and plastic waste,” Leary said.

While it is too early to tell if the charge has effectively changed the way many Newton residents shop, Leary did note that there has been little backlash to the ordinance—saying she believes residents and businesses understand the need for the charge.

Holtzman, who already brings her own reusable bags when shopping, said the 10-cent charge might just be the extra incentive needed to remind her to always bring her bags with her.

Some residents were surprised that a new charge applied to paper bags. Newton resident Mike Zaccardo said he often repurposed paper bags for other uses and that the charge would make that harder to do now.

“Personally for me, I actually would recycle the bags in the sense that I don’t use plastic for my trash bags, I would use the paper bags from Whole Foods as my trash bags,” said Zaccardo, who opted not to use a bag at all, carrying his groceries in his hands at the local Whole Foods. “It probably overall will reduce the waste because it will force people to bring cloth bags, for those that will take on that burden. How much of an effect it will really have, I’m not sure.”

Although many residents did say they saw the value in the new ordinance, Newton resident Kim Thurmond questioned the effectiveness it will have in reducing Newton’s waste production.

“I think at least we’ll get people to think about bringing reusable bags, so that’s good,” Thurmond said. “I don’t know how much of an impact it will have, but at least we’ll get, you know, one piece of the puzzle solved, I guess.”

Whether the 10-cent charge will be a significant enough charge to deter residents from using the single-use paper bags in the future remains an area of uncertainty for many residents.

“I don’t know what other price you’d put on it,” Zaccardo said. “Anything more than that [is] probably too much. Anything less would be like, ‘What’s the point?’”

Even before the 10-cent charge was announced, many Newton residents had noticed more and more of their fellow Newtonians using reusable bags in place of the single-use paper ones provided by stores. Many cited the increase in environmental awareness in the city as one of the main factors of this trend.

“I think most people nowadays do have their own bags, and they get used to carrying them with them,” said Newton resident Debbie Winer. “That’s just one aspect of the waste that’s being generated, right? So there’s probably more waste in coffee cups.”

Others argued the charge might also be one more pressure on residents to make the switch to reusable bags.

“I think peer pressure will do that. I think people [will] get embarrassed walking around with paper bags,” said Newton resident Kate Thibeault. “More and more people bring their bags, a lot more people do that. It’s the cool thing to do—is to be environmentally concerned [and] that’s why Newton would change—it isn’t about any savings.”

Leary said that she, along with the rest of the Newton City Council, hopes the 10-cent charge will change not only residents’ attitudes toward single-use bags and single-use items but also how their consumerism affects the city’s waste production. 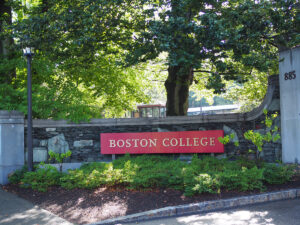