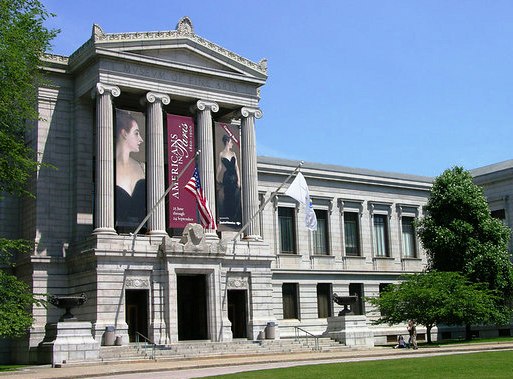 The Boston Museum of Fine Arts released a statement in September explaining its reasons for delaying the Philip Guston Now exhibit until 2024. The MFA directors said that given the recent events in the racial justice movement and the coronavirus pandemic the exhibit will be delayed.

In the collection Philip Guston Now, 25 drawings and paintings contain depictions of the Klu Klux Klan. They are shown as hooded figures doing daily tasks such as smoking and riding in cars. This exhibit was organized by four institutions including The Tate, The National Gallery, and the Houston and Boston Museums of Fine Arts.

“We are postponing the exhibition until a time at which we think that the powerful message of social and racial justice that is at the center of Philip Guston’s work can be more clearly interpreted,” the statement said.

Guston was a modernist painter who died in 1980. He painted Renaissance-inspired paintings as well as abstract pieces.

“We are currently working together on next steps regarding the exhibition and the schedule, and do not have anything to share at the moment,” Karen Frascona the MFA Director of Public Relations said in an email to The Heights. “We remain committed to presenting Philip Guston’s work and will announce our plans in the near future.”

Mark Godfrey, a curator at Tate Modern in London and a co-organizer of Phillip Guston Now, was suspended from the Tate on Oct. 28 for speaking out against the show’s postponement. Following the announcement of the delay, Tate criticized the decision to delay the exhibit on Instagram.

“Cancelling or delaying the exhibition is probably motivated by the wish to be sensitive to the imagined reactions of particular viewers, and the fear of protest,” Godfrey wrote in the post. “However, it is actually extremely patronizing to viewers, who are assumed not to be able to appreciate the nuance and politics of Guston’s works.”

Despite the delay, the exhibition catalogue is still available for purchase.

Professors from Boston College discussed the delay, bringing up issues of censorship and how art is regarded by its audience.

“I personally think the decision to postpone the exhibition for four years is cowardly, and I think it’s infantilizing for the audience of art to think they can’t tell the difference between a representation and advocacy,” said associate art professor Sheila Gallagher.

Gallagher said that delaying the exhibit also brings up concerns about how the purpose of museums is changing.

“To me, the real fear is that museums will become places that are just these feel-good places full of flower paintings and will never confront difficult issues,” Gallagher said.

“It is a sign of a very good artist, who is not sparing himself, was taking risks, and was challenging his audience,” said assistant art professor Hartmut Austen. “I think that’s really important.”

Guston’s works are categorized as being very abstract, and he later painted in a more satirical style that featured cartoonish figures. Throughout his works, he has had a hooded figure motif, as seen in the painting “Conspirators” and “Bad Habits.”

“Guston is an artist who explores the problems of white supremacy [and] of whiteness,” said art history professor Kevin Lotery.

Guston continues to inspire artists like Dana Schutz and Charlie Billingham. His works can be seen in museums like the MoMa, the San Francisco Museum of Modern Art, and the Museum of Fine Arts, Houston.

“I think that this postponement will now enter art history itself as a moment in the debate around museums,” Lotery said. “My understanding of what a museum should be is [that] these are spaces of debate, of conflict, of political conflict and debate. If they’re not that, why do we need them?” 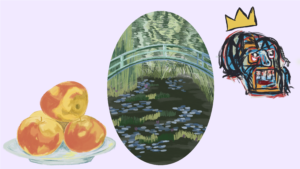