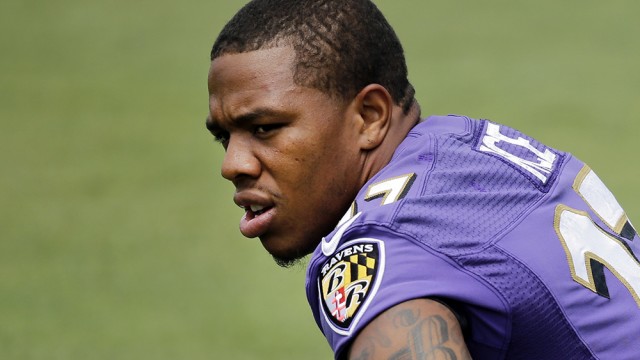 Ray Rice And The NFL’s Misguided Approach To Domestic Violence

I thought things were changing.

After the death of Robin Williams this summer, I really thought we would make strides as a society regarding mental health issues and their negative consequences. Although it required the suicide of one of Hollywood’s most beloved actors, I believed people would start to see mental illness as a tangible, destructive presence that needed to be dealt with at every level.

After reading that 16 U.S. Senators wrote a letter to Roger Goodell demanding a zero-tolerance policy for domestic violence, though—banning someone from the league after his first offense—I realized we have a lot of work to do. Caring about someone’s mental health is easy when he is a small, charming white man who had a lonely childhood and self-destructed out of a need to be loved. But for the NFL to adopt this policy would make a clear statement: It cares about revenue, not about its players or their families. It has no qualms about glorifying violence and making billions of dollars off of it, but does not hesitate to abandon a player if he cannot properly control it.

Let me first say that I in no way condone the actions of Ray Rice or any domestic abuser, and the NFL’s former policy, which banned Rice for only two games, is inexcusably inadequate. Simply suspending a player for six weeks for the first offense and then implementing a lifetime ban for the second, however, seems like an ineffective policy as well. It ignores the fact that many NFL players have anger management issues that need to be treated, and many come from backgrounds that provide them with no ability to control their anger. As a result, these struggles with anger follow them to their adulthood, with repercussions far more severe than those of small childrens’ temper tantrums. In addition, there is little incentive to subdue their anger, as it contributes to their success in football.

This isn’t news to the NFL. Many prominent players, including Dez Bryant, Chad Johnson, and Ndamukong Suh, have struggled with managing their anger, and slapping them with fines or suspensions has not been effective. The lives and careers of these men are centered on football. Taking that away, the one place where they can unleash their aggression and ability, is not the solution. A lot of these men are not the type who turned down consulting jobs and law school to play in the NFL—Rice worked his tail off to make it to the NFL so that he could provide for his family. One mistake, as egregious and unforgivable as it is, should not end all of that, especially when it is the result of an inability to control oneself. This is not the 1919 White Sox throwing the World Series. The causes of domestic violence are some of the same attributes that make these players so successful: violence and aggression.

Ironically, it seems as if the person who understands this best is the abused party, Rice’s wife. Criticizing the media, she opted not to press charges and instead defended her husband publicly. Perhaps she realizes something that these senators do not—that Rice struggles with anger issues beyond his control, and that a player recognized as a man of character by those who know him has enormous flaws that harm his life and relationships. Hating the sin does not require hating the sinner.

So yes, suspend Rice and all domestic abusers in the NFL. Suspend them for a full season if you will, and require them to complete training in anger management. The current rule, which suspends them for six games, does not allow ample time for a rehabilitation process, nor does it seem fitting for such an egregious act. Allow them to return to the league as an example of how someone can overcome personal issues and how the league is interested in truly fixing these issues instead of merely punishing violators for the sake of revenue. Michael Vick did it, and now he does terrific work to help combat the maltreatment of animals. After multiple incidents, banishment from the league is an appropriate punishment—sometimes the only solution is to remove someone from that kind of violence altogether. But solving the league’s problems should take a tone of cure and rehabilitation as opposed to retribution and punishment. The solutions to these problems begin with addressing their cause, not seeking vengeance for wrongdoing.

football Domestic Violence
Relationships, Not Classes Or Clubs, Are What Define A College Experience
BC Grads In Tech Field Discuss Starting A Company