Home » My Guidelines On Exploring The City 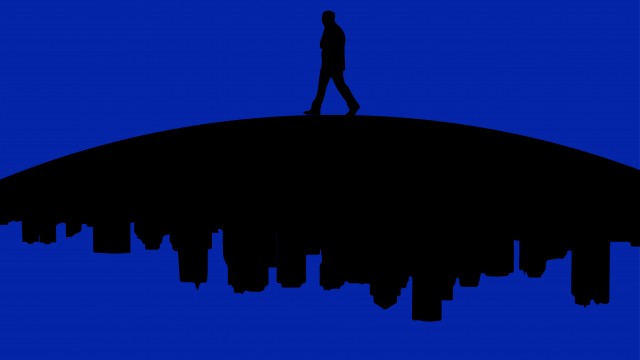 My Guidelines On Exploring The City

I believe firmly in the benefits of solitude and quiet reflection. Sometimes, after a long day of dealing with my fellow human beings, I feel a deep urge to move to Alaska, where I will fish in the freezing rivers and hunt down polar bears with my bare hands. Sometimes people are annoying—this is true about just about everyone, and therefore it holds true that it is good to spend some time alone.

In my experience the best way to do this is to explore, to wander aimlessly through the cobblestone streets of Boston. It’s quite the experience to get off the train somewhere around Boylston St. and just wander until you reach the ocean.

To accomplish this you have to obey some rules. These rules are serious—don’t you hooligans go off all half-cocked on this one, or you’ll regret it.

Preamble to the Rules: Recommended Reading: Does this column seriously have recommended reading? Yes it does. You can only truly appreciate Boston if you read some of these books. Any Spenser novel by Robert B. Parker, The Friends of Eddie Coyle, by Boston College alum George V. Higgins, Gone Baby Gone by Dennis Lehane, Prince of Thieves by other BC alum Chuck Hogan, and a book about Whitey Bulger (whichever one you want, God knows there’s a lot them).

First Rule: Shut up. Shut your mouth. As a great man once said, “Blessed are those who maintain silence for they shall not be quoted.” Shut your face, get on a train to Boston, and keep your face shut for the entire day. If anyone tries to be friendly, just stare them down. That’s the way functional members of society do it.

Second Rule: Bring your phone. You might think I’d advocate some technology-free in-touch-with-humanity crap. I’m not. Bring your phone, the map is very useful for when you get lost in South Boston and some guy named Chuckie is threatening to stab you for wearing a Yankees hat.

Third Rule: Don’t get lost. Don’t be stupid. That would be bad. Don’t say I didn’t warn you.

Fourth Rule: Appreciate Boston. You better appreciate this fine town. America was built here, and if that doesn’t inspire you, you must be a heartless freedom-hating ne’er-do-well. Boston’s a beautiful place filled with fascinating buildings and sights. You’ll be living here for at least four years, most likely. Don’t you want to get the most out of it? Not to remind you of your inevitable death, but your death is inevitable so take some time to enjoy the world around you.

Fifth Rule: There is no fifth rule. Be sure to keep this in mind.

Sixth Rule: End your journey at the ocean. I won’t map out the beginning and middle of your escapade, I’ll let you determine which sights to see. But you have to end it on the shoreline, or else you’ll be hearing from me.

Seventh Rule: Think about life while staring at the water. If you don’t do this at some point in your life, were you ever really alive?

Eighth Rule: If you are approached by a homeless man named Sinclair who offers you Chex Mix, do not listen to him. SINCLAIR IS NOT WHAT HE SEEMS!

10th Rule: Buy a 1991 Buick Regal if the opportunity ever arises. It’s a great car. Also here’s some AP Recommended Boston Sights and Stops: The State House, Boston Common, The Public Garden, Faneuil Hall, any narrow cobblestone street in Beacon Hill, Back Bay, The Long Wharf, Quincy Market, The Courthouse (for all you mafia-obsessed fellers like myself), Prudential, Brattle Book Shop, Union Oyster House, and so many more.

That’s all. Now hop on that train and get yourself over to Boston. Enjoy the much-needed solitude while learning more about this fine city.