Spotlight fittingly shines a light on one of the darkest moments in the history of the Catholic Church in Boston. It assembles a cast that painfully unearths a heartbreaking case against Boston’s Catholic archdiocese. Spotlight centers around the shocking scandal of child molestation as its cast struggles with questions of truth and faith.

Spotlight follows a team of Boston Globe investigative reporters—Michael Keaton as Walter ‘Robby’ Robinson, Rachel McAdams as Sacha Pfeiffer, Mark Ruffalo as Michael Rezendes, and Brian d’Arcy James as Matt Carroll. Keaton, fresh off a Best Actor Oscar, is a standout and his character serves as one of the essential links between the church and the team of journalists.

This film looks at the compelling, emotionally-charged topic of sexual abuse by priests in the Catholic Church. As the film relates, The Globe had published articles about instances of abuse within the Boston archdiocese, but most felt these were isolated incidents. The reporters who would later be tabbed the “Spotlight team” were at this point uninterested in what they thought would be a damaging, inaccurate investigation. They doubted the credibility of the sources compared to the highly celebrated reputation of the Catholic Church in Boston. It seemed unthinkable to question the authority of Cardinal Law and the Church, which held sway in the very center of Boston society.

It would take an outsider, Martin Baron, the Jewish editor of the paper, played by Liev Schreiber, to have the license to ask the initial questions about the Catholic Church. The film makes a point to illustrate just how predominate the Catholicism is in Boston. When this scandal finally broke, 53 percent of The Globe’s reader base was Catholic. Every single member of the “Spotlight team” was raised a Catholic. Keaton’s character had attended BC High School and in the film, there is a poignant scene that shows him in a restaurant, interviewing a fellow BC High alum.

Each member of the main cast had at least one moment in which they broke down, as the enormity of the scandal became clear. It’s the authenticism and obvious craft that shines through in the moments before story broke, as all the information in the case crashed down upon them. As one of the victims in the film related, this was not just physical abuse, it was also spiritual abuse that robbed them of their faith. Ruffalo’s Michael Rezendes remarked that although he had not been attending church, he always had in his mind that he would end up back at church.

This film seemed to channel the righteous journalistic fury of All the President’s Men. Both the investigative journalism and the secretive content handled seemed to draw some of its origins from the classic.

The movie uses its setting to its full advantage. Director Tom McCarthy shot quintessential small town Boston. This subtlety of scenery has an influential effect on a viewer.

The Globe as institution wasn’t simply lionized in the film. There were instances in the film, which pointed out where The Globe could have dug deeper, and jt also found the story of the institutionalized abuse. The point was made in the movie, however, that “sometimes it’s easy to forget we spend so much time in the dark…” Although this was not used as an excuse, it was used as an explanation.

Spotlight isn’t light or carefree. It’s about a scandal that spoiled innocent lives, the very people who were entrusted to protect the innocent. The film emphasizes the pressure that was put on the victims as well as the journalists, to keep quiet. When people spoke out, the church discredited them. This scandal shook the foundation of the Boston archdiocese and ultimately the Catholic Church across the nation and the world. For a city that prides itself on our history, this was a very dark time that will now never be forgotten. 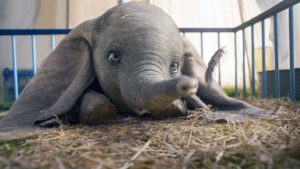