Update Jan. 13, 11:00 a.m.: Boston College Athletics has confirmed that Scot Loeffler will become the next offensive coordinator of the Eagles—he will also serve as quarterbacks coach. In addition, head coach Steve Addazio will reshuffle several of his currently existing coaches. Last year’s offensive coordinator, Todd Fitch, will return to his previous position as wide receivers coach. Running back coach Al Washington, a former defensive tackle at BC, will become the special teams and outside linebackers coach. Wide receivers coach Brian White will take Washington’s spot as running backs coach. Offensive line coach Justin Frye will keep his position while also taking over as run game coordinator. Defensive line coach Ben Albert has been promoted to associate coordinator of defense, while also maintaining his same position as last season. Tight ends coach Frank Leonard is the only member of BC’s gameday coaching staff that will not have his title and role changed. The Eagles are still without a secondary coach, following Kevin Lempa’s departure to the University of Hawaii as its new defensive coordinator.

Loeffler, 41, has spent the last five seasons running an offense at Virginia Tech (2013-15), Auburn University (2012), and Temple University (2011), where he coached under Addazio. His offenses have had fluctuating success, scoring as high as 31 points per game (last season with the Hokies) and as low as 18.7 (2012 with Auburn).  He has never had an offense that finished higher than 63rd in yards per game. His highest-ranked offensive season came in 2011 with Addazio at Temple. He was not retained at Virginia Tech after Frank Beamer’s retirement—new head coach Justin Fuente chose to hire Brad Cornelsen, his offensive coordinator at the University of Memphis.

A former quarterback at the University of Michigan, Loeffler has coached quarterbacks throughout much of his career. He worked as a quarterbacks coach under Lloyd Carr at Michigan and with Addazio under Urban Meyer at the University of Florida. Some of his former players who have been drafted include Tom Brady, Tim Tebow, Chad Henne, and Brian Griese. Loeffler also spent one season (2008) as a quarterbacks coach for the NFL’s Detroit Lions. The Lions, however, went 0-16 that season, the only NFL team to do so.

Todd Fitch’s role on the team is unclear. He has not been released from the program, and may return in a lesser role or as the co-offensive coordinator with Loeffler. Fitch’s offense did not fare well last season, his first as an offensive coordinator. BC finished 125th in yards per game (276) and 121st in points per game (17.1). There are 128 teams in the Football Bowl Subdivision. 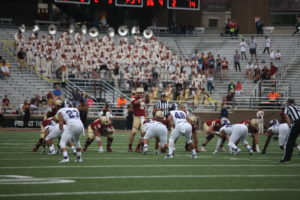 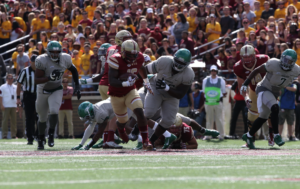 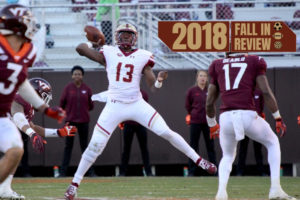