Home » Why DiCaprio Should Remain Oscarless 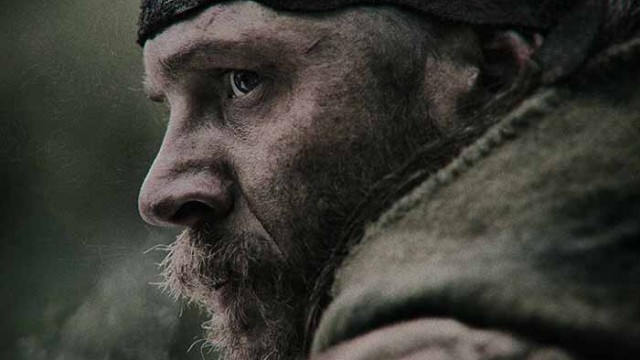 Why DiCaprio Should Remain Oscarless

Hunting for pelts in the untouched and unpredictable Nebraska Territory, Leonardo DiCaprio grappled with a bear, dragged his ragged body through the snowy wilderness, gourged on a bison liver, and endured the freezing waters of river rapids. Unfortunately for Leo, these physical hardships should not guarantee an Oscar. The Revenant might be DiCaprio’s toughest role, but is not his best, as the bulk of its accolades rest on the achievements of others rather than his own.

Throughout his career, DiCaprio has exercised his acting dexterity in numerous films. From a mentally challenged boy in What’s Eating Gilbert Grape (1993) to the corrupt, cocaine-fueled stockbroker in The Wolf of Wall Street (2013), DiCaprio has shown that he can not only tackle, but excel in nearly every role given to him. For DiCaprio, coming out with hit performance after hit performance may be due to his impeccable acting chops, but may also be in part due to the talent he surrounds himself with.

Though he may never himself sit in the director’s chair, those he has worked with have spoken of DiCaprio’s commitment to his roles. “Working with Leo has been the best experience I’ve ever had as a director,” Alejandro Inarritu, director of The Revenant, said. After completing Shutter Island (2010), frequent collaborator Martin Scorsese went as far as to call Leo an “inspiration” on- and off-set. Leo has also had James Cameron, Baz Luhrmann, Steven Spielberg, and Christopher Nolan calling the shots behind some of his biggest hits. A counter to the Nicholas Cage mentality, DiCaprio remains relatively fastidious where his image shows up on screen. This is not meant to diminish the degree to which Leo’s performances had an impact on the positive critical reception of some of his films, but his legacy is at least partially influenced by his cinematic friendships with renowned directors.

Though he offers up a commendable performance in The Revenant, DiCaprio does little to add to the atmospheric effects of the film. With such a large portion of the film’s praises resting on the magnificence of its cinematography, achieved through natural lighting and true-to-form weather conditions, audiences may feel that his embodiment of Hugh Glass is rather lackluster and uninspiring. DiCaprio feels like DiCaprio attempting to act, but never quite getting there. As The Revenant seeks to accurately recreate the life of 1820s fur trappers in a visually poetic way, DiCaprio’s performance never harmonizes with the setting. Slapping on an indiscernible accent, while muttering the few lines given to him, his character is explored prosaically through his fleeting eyes, grimaces, and nasal flairs. His hardships come in the form of the grueling filming conditions, rather than the merits of the acting craft.

In contrast, Tom Hardy is unrecognizable as John Fitzgerald. The Englishman is in no way, shape, or form visible, as every facet of his being speaks, not only to the character he is meant to embody, but the world from which he came. As a trapper, he feels like he belongs in the world, and in a film in which the visual fluidity is paramount, things that stand out (Leo), stand out markedly so.

When asked whether his life is worth the cost of the pelts he so fervently clings to, Fitzgerald responds, “Life! What life are you talkin’ about? I ain’t got no life. I just got livin’. An’ the only way I get to do that is through these pelts.” This speaks volumes of the kind of transformation Hardy went through, as these words felt like they were coming from the place surrounding the characters, rather than words from a scripted page.

More of a technical filmmaking piece than an example of acting in its purest form, The Revenant represents a noble, cinematographic marvel coming from the same man who brought us Birdman or (The Unexpected Virtue of Ignorance), another technical piece. The praises that can be said of the acting in the film do not belong to DiCaprio.

In many ways, I hope DiCaprio does not win an Oscar for this work or any future endeavor.  It’s not like they really matter anyway. His skill and career do not rest on the approval of the masses, but are exemplified by the quality of the work he puts out, not the trophies lining his shelves.