Home » Dr. Dog Gets Lost in the Inconsequential Sounds of ‘The Psychedelic Swamp’ 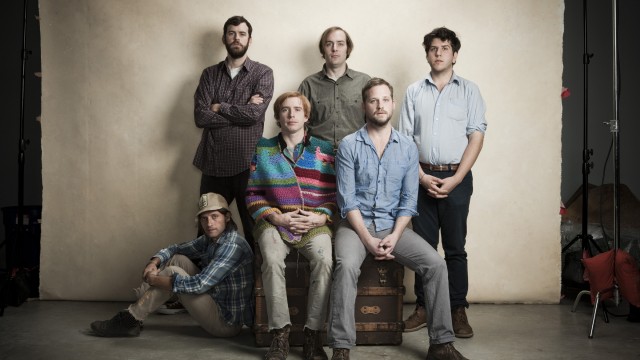 Dr. Dog Gets Lost in the Inconsequential Sounds of ‘The Psychedelic Swamp’

According to self-professed charisma coach Olivia Fox Cabane, “You never get a second chance to make a great first impression.” If this is true, Dr. Dog’s newest studio album, The Psychedelic Swamp, treads on thin ice from the very beginning. Luckily, it redeems itself through unique stylings and a diverse sound, but not without many trials along the way.

The Psychedelic Swamp begins with “Golden Hind,” a strange mix of amateur and professional sounds. On one hand, the leading song sounds discordant and offbeat, as if the band was unsure of the direction it wished to take. Though lacking in instrumental composition, “Golden Hind” also exhibits mastery over raw emotion through writing, making it a conflicted beginning for Dr. Dog’s tenth studio album.

Thankfully, The Psychedelic Swamp gains strength as time passes—“Dead Record Player” and “Swampedelic Pop” do wonders in terms of establishing the album’s central sound. Fans of the psychedelic eras of music will find themselves right at home with Dr. Dog’s newest work. At the same time, strangely, fans of more alternative blues-style music will also likely garner much enjoyment from the work. Even for all of its faults, The Psychedelic Swamp is an interesting mix of genres, and this experimentation serves it well.

The rest of the songs on The Psychedelic Swamp are somewhat hit-or-miss. By far the weakest part of the album is its central portion—every song from “Bring My Baby Back” to “Engineer Says” ranges from just mediocre to decent.  The Psychedelic Swamp regains its steam eventually with “In Love,” the standout effort of Dr. Dog’s work. The band employs the style of The Black Keys, hitting an out-of-the-park grand slam with its bluesy instrumentals and somber lyrics. “(swamp inflammation)” works off the success of “In Love” with a creeping, eerie piece of spoken word, perfectly solidifying the effect of “In Love.”

The Psychedelic Swamp rounds out with some jazzy tracks: nothing innovative or special, but not low-quality either. The last few songs on the album embody the quality of the entire work quite well, actually—mostly just average. The cover art of The Psychedelic Swamp should also be noted—this is perhaps a petty detail to be caught on, but it only serves to purvey a sense of amateurism. By no means does it damage the quality of the songs, but, as stated before, first impressions are important. Frankly, a poor graphic representation of a drone strike on swamp foliage does nothing to provide a good first impression.

Perhaps the largest issue to befall The Psychedelic Swamp is the lack of diversity within the album itself. Certain songs utilize sound effects or spoken word (and occasionally a classical riff), but not enough to set each and every song apart from the other. This is most likely a symptom of failing to innovate—as said before, “In Love” is the only truly innovative song on The Psychedelic Swamp, and it is simultaneously the best song on the album, as well. Most songs on Swamp fail to excite, fail to experiment, and thus fail to entertain. Dr. Dog’s biggest weakness this time around is its lack of new ideas, and this flaw is what truly drives the final nail into the coffin of mediocrity.

The Psychedelic Swamp is certainly worth a listen-through, because it presents some exceptional ideas in certain (albeit few) areas. Despite its admirable effort, though, it simply isn’t memorable. It is far from perfect, but without being purely detestable, either. Though worth the time invested in it, it is unlikely to find a home in many iTunes libraries or Spotify playlists.

the psychedelic swamp
Perception May Hurt Men’s Basketball Down the Road
‘Rumors’ Has It: DOBC Shines With Versatile Choreography, Camaraderie