Home » The xx’s ‘I See You’ is Harmonious and Haunting 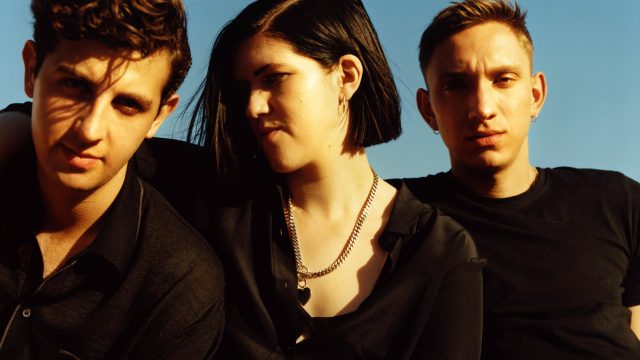 The xx’s ‘I See You’ is Harmonious and Haunting

Continuing with the group’s intriguing and haunting pop sound, The xx released its third studio album, I See You, which keeps the mysterious quality the group is known for and reinvents it. Drawing on electronic instrumentation and relaxing vocals, the album successfully communicates the emotional conflicts of the lyrics. Throughout the album, an artful use of deliberate melodies coupled with occasional dramatic silences allow for an intriguing listening experience, and as a whole, the album lives up to the band’s extensive prior success.

The album begins with the song “Dangerous”, which is characterized by its easy tempo complemented by an energizing trumpet accompaniment and a prominent bassline. While introducing the listener to the group’s evolved sound, it also presents the start of conflict on the album. With the lyrics, “They say you are dangerous, but I don’t care” and “Let them say there are warning signs, they must be blind,” the listener gains the impression that really “seeing” someone requires more than easily accessible and perhaps superficial information. The song’s insistence on drawing attention to the problematic aspects of a person with its title, however, presents the complicated nature of meeting that challenge.

Some of the album’s other songs include “Say Something Loving,” featuring harmonic vocals and soaring electronic music that explain, “You say something loving / It’s so overwhelming, the thrill of affection.” The track is a serene moment on the album that inspires a sense of peacefulness in the listener and transports them to a far-off place. “Lips” is an intriguing song complete with nonlinear melodies and vocals that feature a calm ferocity that contributes to the intimate, sensory nature of the lyrics. In another musical twist, the song “Replica” features a fuller musical track that incorporates a meta element to the album. Referencing the feeling that “this song’s already been sung” and wondering,  “Another encore to an aftershow / Do I chase the night or does it chase me?” the listener is treated to the perhaps repetitive nature of creating and performing music as a metaphor for getting “stuck on repeat” in that arena and even life on the whole.

“Performance” is stripped of instrumentation and filled with sparse and chilling electronic notes that are woven through the song’s sorrowful vocals. The simplicity leaves room for the loneliness and melancholy of the lyrics to speak volumes beyond, “I’ll put on a performance, I’ll put on a brave face.” The song presents the devastating impact that remaining obscured from sight will have, and the realization that “The show is wasted on you / so I perform for me” is a grim one. In the reflective and melancholy track, “Brave For You”, the compelling bassline and unconfined electronic touches build as the vocals overcome fear and loss with the resolution, “I will be brave for you / Do the things I’m afraid to do.” The song showcases another incarnation of the group’s edgy and vulnerable sound, and draws the listener into that conflict seamlessly.

Another facet of The xx’s musical variation appears in the song, “On Hold,” which begins with a spacious quality that builds to an intricate intensity as the story of regret and confusion over a past relationship unfolds. With the lyric, “Where and when did we go cold? / I thought I had you on hold,” the listener hears a heartbreaking sentiment overlaying a more perplexing one. No one ever likes being put “on hold.” Plenty of people are familiar with the agonizing nature of wasting time on the phone, the annoyance of not being a priority in the moment, and perhaps the thought that waiting in the line might not even be worth the trouble in the first place. While the listener is spared the disagreeable music one might hear while waiting on hold, the song cultivates the agitation it might elicit with a choppy and vaguely incomprehensible section repeatedly asking, “Where does it stop? Where do you dare me to (draw the line)?” This gentle conflict, paired with destiny failing to bring the relationship together like the stars in the sky expected, develops the sense that things will only remain predictable for a limited span of time, and serves as a nice change in pace at that point in the album.

The album closes with “Test Me,” a moody track that features a mixture of delicate piano and simple electronic accompaniment and wraps up the album’s theme with, “You look but never see.” The song doesn’t shrink away from exposing the hazards of acting in that manner, as the prominent request to, “Test me, see if I stay,” leaves the listener shocked and perhaps even more receptive to the album’s overarching theme. As a whole, the album features a varied exploration of the personal conflicts of the band members, as well as a unique musical style that ranges from mildly playful to extremely dramatic and displays the growth of The xx in an enjoyable way.

Featured Image By The Young Turks