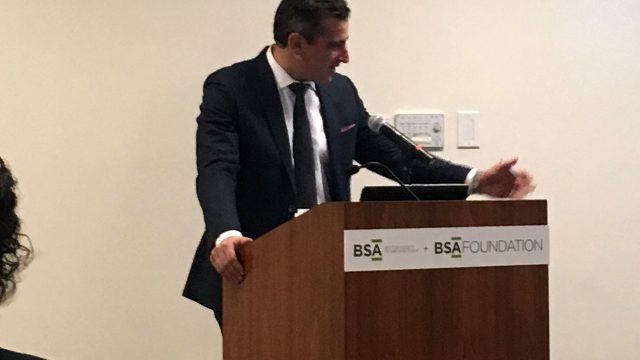 With an approximated estimate of a $1,500 increase in the average for rent within the metropolitan Boston area from 2000 to 2016, city councilors from several districts discussed the issue, as well as how Boston-based architects can aid in finding a solution. On Monday, the Boston Society of Architects (BSA) hosted the panel, “Designing Boston: Parochialism vs. Production,” at their headquarters downtown with city councilors Frank Baker, Tito Jackson, and Bill Linehan.

The panel opened with an introductory video created by Tory Bullock which addressed the improbability that Bostonians who have lived in the city for their entire lives will be able to keep up with the dramatically increasing rent. The video acted as a perfect segway for the remainder of the panel as Bullock’s piece, available on Facebook, pinned the issue of rising rent in the city on the recent increase in luxury development. This spike elevates the property value and cost of living within the surrounding neighborhoods.

After the video Tamara Roy, President of the BSA in 2016, presented a brief PowerPoint unpacking the problem of rising rent itself, followed with more specific ways in which architects are aiming to combat the challenge. The presentation highlighted alarming statistics with respect to rising rent issues as they relate to the status of the socioeconomic demographics of the Boston area. One such statistic revealed that in 2000, approximately 40 percent of newly developed residential units were considered affordable in comparison to only 18 percent in 2016. According to the state of Massachusetts, affordable housing is that whose costs are at or below 30 percent of a household’s gross income.

“The problem resonates from the increased demand for single residential units with an inconsistent supply,” Roy said. “The unfortunate reality is that it’s significantly more costly to develop a building full of single units rather than those made for two to three people.”

Given this dilemma, Roy argued for the moral and ethical responsibility that architects have to focus on renovating older family units instead of  building new, luxurious, unaffordable ones in the city.

Roy finished her presentation by stating that the BSA’s goal is to develop 53,000 new affordable units by 2030. After Roy’s presentation, the moderator, renowned real estate attorney and former Boston City Council President, Michael P. Ross, introduced the panelists to the audience as well as opened the remaining hour and a half for a question and answer period.

While the epicenter of the panel concentrated on the rising rent issue as it relates to increasing luxury development in the city, Jackson, a representative from Roxbury and challenger to Mayor Martin J. Walsh, WCAS’ 09, stated that, although he recognizes the increase in development within the city as an issue, people must acknowledge the several other factors that have also led to the rise in rent.

“In 1999, there were approximately 150 murders in the city of Boston and with a considerably significant decrease in the crime rate has also caused a paralleled increase in rent,” Jackson said. “I think there are definitely a lot more factors than simply an increased supply of luxury residential units that we need to put into perspective.”

Jackson continued by noting that approximately 50 percent of Boston residents make $35,000 or less, on average. He additionally added that, according to the Brookings Institute, Boston sits at the top of the rankings for income inequality. The fact that the majority of Boston residents are not high-wage earners coincides with the lack in the presence of affordable rents.

As one of many colleges in the Boston area, Boston College students and graduates could be exposed to the increasing cost of living, especially when considering many juniors must live off campus. Although every seat at the panel was taken, a recorded version of the event will become available to the public, and anyone can join a further and live discussion on this issue by following @BSAAIA on Twitter.

“We lose 52 percent of the surplus of students we have [in Boston] within six months after graduation due to the fact that they simply can’t keep up with the rising rent,” Jackson said. “Therefore, it is imperative that we keep the market in perspective realistically. I don’t call it parochialism. I call it community.” 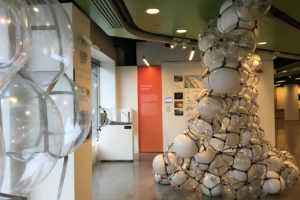