Getting to the End: TU/TD

Hello, My Old Friend – When I told my friends and family that I would be going to school in Massachusetts, one of the first things everyone said to me was “Oh, it’s going to be cold,” as if I hadn’t considered the geography of the place where I would be spending the next four years when making my decision. I’ve always liked the cold better than the heat, primarily because you can always put on an extra sweater or jacket if the weather becomes freezing. When it’s boiling hot, however, there are only so many layers you can shed to become more comfortable before you get arrested for public nudity. Despite my greater affinity for the cold weather, I have to say that the recent warm spell has been gloriously welcomed in my mind. I’ll never enjoy becoming sweaty on my way to class, or feeling dehydrated after sitting outside for an hour, but this newfound sunshine means a lot more than just shorts and tanktops. It’s the first sign of the end, the signal that everything is coming to a close. It’s lunch outside with all of your best friends that you’ve made throughout this year. It’s a warm breeze that calms you down as the stress of finals begins to slowly creep into your mind. It’s the surreal feeling of running around the Reservoir as the sun goes down, looking up at Gasson, and remembering why you came here in the first place.

You Can Do It – This is just going to be a message for every Boston College Eagle out there. Finals will forever live in infamy for the throw up-inducing anxiety, unrelenting tears, and week-long caffeine addictions that it is responsible for, but despair not. The light is bright at the end of the tunnel, and there is no exam or paper so great or insurmountable that will keep you from making it out the other side. Put your head down, stay focused, and know that you will get through this, and it will be glorious.

Misheard Lyrics – *NSYNC was a group that helped define a generation. While his time with the band certainly wasn’t his prime, pop superstar Justin Timberlake will always partly be remembered for his curly-hair-boy-band days. I discovered recently, however, that I have been entirely misappropriating one of the group’s songs. Around this time every year, as April begins to fade and May inevitably follows, I like to listen to “It’s Gonna Be May,” you know, to properly welcome in the new month. Only, I’m somewhat of an idiot, and that isn’t what the song is called at all. Upon realizing that the song is actually called “It’s Gonna Be Me,” my world felt like it had been flipped upside down. My celebratory song for the beginning of summer was not at all what I thought it to be. I had been living a lie, and enjoying it too, thinking *NSYNC was just as excited as me for school to be over. Alas, no, my beloved ballad is just another song about wanting to be with a girl. It’s still a great song, but I think I need to get my ears checked. 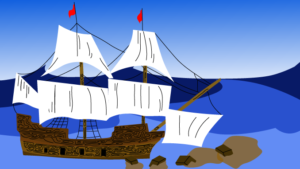