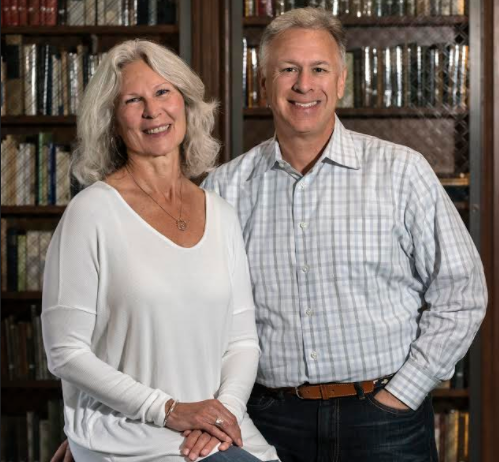 Boston College’s planned Institute for Integrated Science and Society, the centerpiece of the University’s new strategic plan, will be named for Apple Senior Vice President of Worldwide Marketing Phil Schiller, BC ’82, and his wife, Kim Gassett-Schiller, who have pledged a $25 million multi-year gift, BC announced Friday.

The Institute, first reported by The Heights in April, will be adjacent to Higgins Hall and the Merkert Chemistry Center, likely in the current location of Cushing Hall. Construction on the 150,000 square-foot facility will begin in spring 2019, with a total cost of $150 million, a timeline and dollar figure that were previously undisclosed. Over $100 million has already been raised, according to the release.

its mission,” University President Rev. William P. Leahy, S.J., said in the release. “Their generous gift will benefit not only generations of BC students but also wider society in coming decades. I am confident that the Schiller Institute will play a key role in helping the University address the pressing needs of our day in such areas as health, the environment, and energy through quality teaching and research.”

The Schiller Institute is part of a $300 million total investment BC plans to make in the sciences, including the hiring of 22 new faculty and new courses in applied sciences, data science, and global public health.

Described in the spring by Vice Provost for Research and Academic Planning Tom Chiles as “BC’s Moonshot,” the institute will facilitate an interdisciplinary approach to the sciences, with a goal of integrating science, entrepreneurship, and other fields to help solve global problems in health, the environment, and energy, such as disease, water supply, and poverty. The building itself will contain new laboratories, maker spaces, and some classrooms.

The release confirmed that the Institute will house some engineering faculty, a first for BC. It will also contain space for the computer science department, which has been looking for opportunities to grow.

The Institute’s “signature program,” according to BC’s new site about the project, will be a major in Integrated and Applied Science.

“This major will prepare students who are fluent in multiple natural science disciplines and applied science approaches, while shaping the next generation of scientists in the art of collaboration across science disciplines,” according to a Q&A with Chiles posted on the site.

Dean of the Morrissey College of Arts and Sciences Rev. Greg Kalscheur, S.J., and University Spokesman Jack Dunn did not specify at this time exactly how the $300 million investment will be allocated, but said specifications would come later.

“[Friday’s] event was held to formally announce the Schiller Institute and to thank the Schiller’s for their generous gift to Boston College,” Dunn said on Sunday. “As details regarding the Institute emerge during the coming months, we will gladly share them with The Heights.”

BC held an event Friday in Robsham Theater to celebrate the announcement, with the Schiller family and many members of BC’s Board of Trustees in attendance. The idea for a major investment in integrated science at BC was also included in the University’s last strategic plan, released a decade ago, but never took off.

Schiller, a longtime member of Apple’s inner circle of executives, said that every time he and his wife come to BC they are “blown away” by students’ creativity. And, he said, they need more.

“This is for them, they’re aching for it,” he said. “And that’s the best thing, when you can make something the world is already in need of.”

Paul Farmer, the Harvard Medical School professor and founder of the Boston nonprofit Partners in Health, gave the keynote address, talking about some of his work in Haiti, which has included building a major hospital in the aftermath of the devastating earthquake there in 2010.

“All of higher education is grappling with the enormity of our contemporary challenges,” Provost and Dean of Faculties David Quigley said at the event. “When it comes to undergraduate and graduate education, it’s our sense that we cannot continue to rely solely upon our traditional siloed approaches, but instead we must adapt and embrace new ways of thinking, of teaching, of working together.” 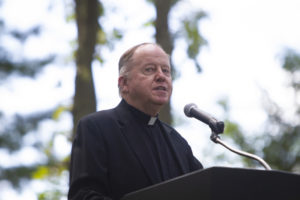