Home » Hawkins Ruled Out for Season With Knee Injury 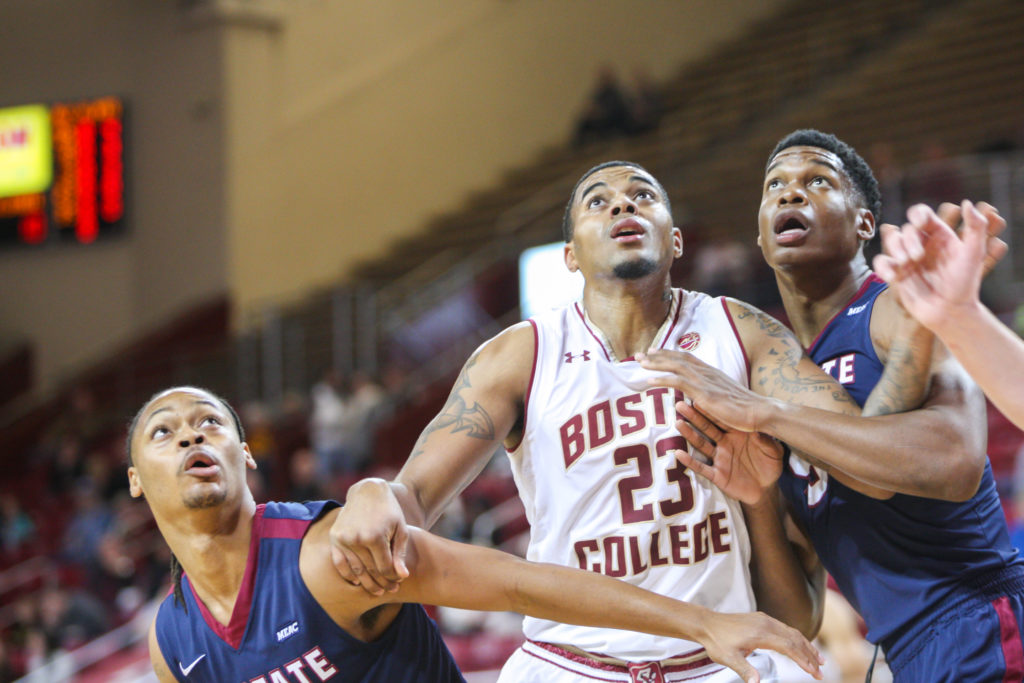 Hawkins Ruled Out for Season With Knee Injury

Boston College men’s basketball forward Teddy Hawkins was ruled out for the season on Wednesday due to a knee injury, according to CBSSports.com’s Jon Rothstein.

The graduate transfer, who had not played since sustaining the injury against Nebraska on Nov. 29, was averaging 12.4 points and 9.1 rebounds per game, but had been averaging a double-double prior to Nebraska game. He was third in the ACC in rebounding. Only Duke’s Marvin Bagely III and UNC’s Luke Maye have managed to match or better his marks through the first month of the season in the conference.

Freshman Steffon Mitchell has gotten extended minutes in Hawkins’s absence, and classmates Luka Kralijevic and Vin Baker, Jr. will have to help fill the hole the forward leaves. Johncarlos Reyes will also need to step up his game if the Eagles are going to come close to replacing the impact Hawkins had on both ends of the floor.

“Teddy means so much to everyone in our program and he made a big impact in his time here,” head coach Jim Christian said in a press release. “He brought maximum effort to every practice and game and was a positive influence on both our veterans and our younger players. His leadership on and off the court will be missed.”

It is not yet known whether Hawkins will seek a medical redshirt to earn another year of eligibility, but because he did not compete in more than 20 percent of his team’s scheduled games, he will likely be eligible.