What is the cost of a movie? According to Regal Cinemas at Fenway, $19.70 + convenience fees. But for Gabriela Guerra Contextos, a freshman at Boston College, that price is complicated by something else: the cost of guilt.

On Sept. 20, Hurricane Maria shocked her town in Puerto Rico, overwhelming the entire island. News headlines came and went, funding flooded in and trickled out. But as a first-year student adjusting to her new life here at Boston College, the weight of guilt is a pain that Gabriela continues to endure, even months after the initial devastation.

BC students are all too familiar with the pain of watching hard-earned cash drain from our pockets in exchange for Bud Lights from MA’s or late-night slices of Pino’s pizza. But for BC students affected by the devastation of Hurricane Maria, a fun night out is tinged in a deeper way. Gabriela explained that, with every invitation to go see a movie or enjoy a nice dinner out, she can’t help but think of her family and the drastically different circumstances back home.

She recalls a phone call with her mother one day from a landline powered by a backup generator. Her mom mentioned that no one in her family had eaten that day. It was 5:00 p.m. Gabriela tells me that the drastically limited food supply, restricted transportation, and lack of power have made the next meal a daily uncertainty for many families in Puerto Rico, even those that are normally quite well off. There is no way to transport food into the local supermarkets. Many people rely on restaurants that are now struggling to meet the demand.

As detailed in news coverage after the hurricane, the entire island is without electricity and is expected to remain in blackout for six months.

Pause and actually think about that. When my refrigerator in Ruby stopped running, my five roommates and I all raced to put in work orders. The issue was resolved in less than one day, and yet we still had panicked about the preservation of our eggs and yogurt. Now imagine running a country without electricity for six months. On top of that, most of the gas stations have shut down, making even basic transportation a nearly impossible task. The banks even imposed a daily withdrawal limit of $50 to mitigate the risk of economic collapse. Hard-working citizens like Gabriela’s father sat stuck at a standstill while their offices remain vacant and in utter disrepair.

As Gabriela and I talked, I was shocked by how much I didn’t know. Sure, we read the breaking news stories that erupt immediately after the event, but once the excitement fades have we all forgotten? Do we get so wrapped up in our predictable blur of classes, club meetings, and intramural sports that we forget what is happening in the world around us? Unfortunately, we seem to file away disasters from Puerto Rico as distant, foreign news occurring miles away from our safe little college bubble. Little do we realize that this news is not only right within our U.S borders, but it even hits home with students on our BC campus.

“What can we as a student body do to be more informed and involved in the struggles faced by our classmates?” I asked Gabriela. She emphasized that one of the best steps you can take is simply staying educated and up-to-date on the current situation, as well as continuing to spread the word to others. Keeping Puerto Rico on our minds is important especially now as the breaking stories gradually fade out. Students can also contribute to the rebuilding effort by donating to the “Students with Puerto Rico” GoFundMe page. I was also encouraged by the efforts of various faculty and staff members who reached out to Gabriela and other students from Puerto Rico. They offered masses in honor of families recovering from the hurricane, and one professor even hosted a dinner for about 40 students whose families were affected.

“It’s hard not to feel despair sometimes,” Gabriela admits. Nevertheless, she is learning to be compassionate without letting herself drown in gravity of the circumstances. “Yes, there is devastation, but there’s hope too. Things are not okay now, but they will be. In the meantime, we are resilient. We are together. We are hopeful.” 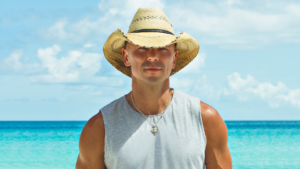 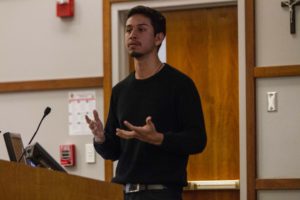 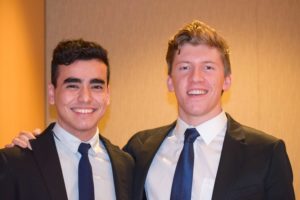