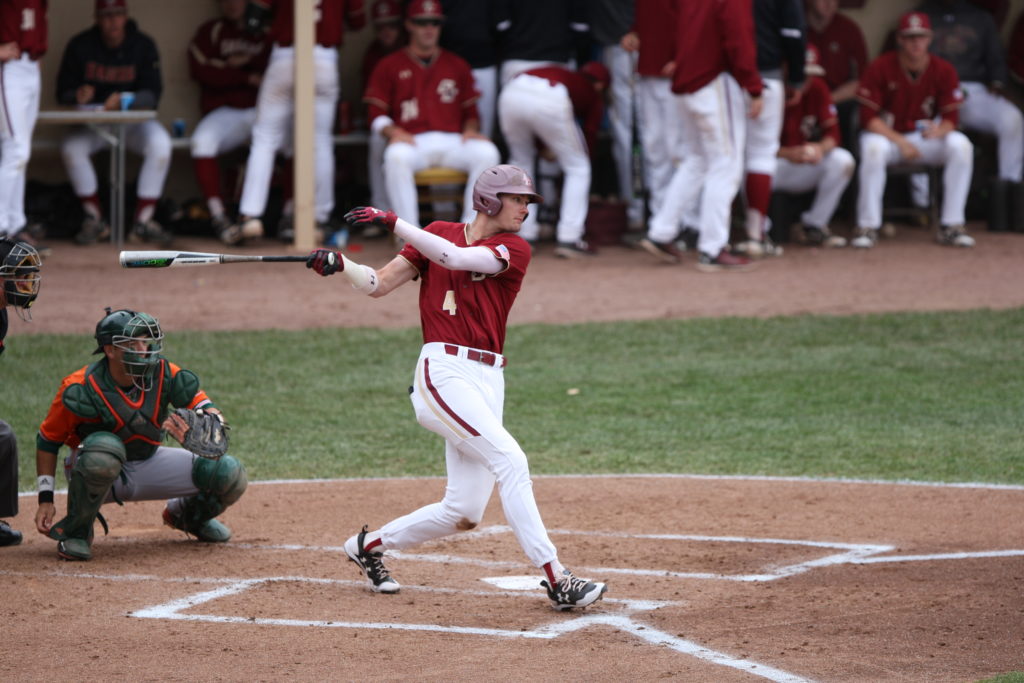 A week removed from stealing one of three in Raleigh, N.C., Boston College baseball’s (6-8, 1-2 Atlantic Coast) ACC slate isn’t getting any easier. On Friday, the Eagles will travel to face off against another top-25 opponent, No. 22 Virginia (11-6, 1-2 ), in their second weekend series of conference play. BC will look to climb back to .500 with a series win against the Cavaliers before its home opener on Tuesday.

All three games can be streamed live via WatchESPN.

1) Freshman Chris Galland has been a revelation for BC in 2018. He leads the ACC with a .514 batting average, is tied for second on the team in runs batted in with 10, currently boasts a .743 slugging percentage, and is a perfect 10-of-10 in stolen bases.

3) Despite having a trio of solid weekend starters in Stevens, Metzdorf and Rapp, the Eagles have struggled on the mound this season. Their team ERA of 6.66 ranks last in the ACC.

1) Evan Sperling, nominally UVA’s Sunday starter, has been the team’s most successful pitcher thus far this season. He sports a 1.96 ERA and has allowed just nine hits, while striking out 35 batters in four starts this season.

2) The Cavaliers have four different hitters with batting averages over .300 this season. Infielder Justin Novak leads the team in that department, hitting .345 with eight runs batted in thus far in 2018.

3) UVA has a stellar record of 8-3 at home this season, but has struggled on the road, posting a 3-3 record away from Charlottesville.

Though the Eagles face their second top-25 opponent in two weeks, they should feel relatively good about their chances against the Cavaliers. They came within one Jacob Stevens pitch of taking two out of three from N.C. State. Their offense, led by Galland and Jake Palomaki, who has also had a red-hot start to the season, is playing well, and Stevens, Metzdorf, and Rapp have the potential to produce shutdown performances at any time. Playing away from home is always tough, especially in the ACC, but the Eagles should feel pretty good about taking a series win back to Chestnut Hill.